Canada wastes $31 billion dollars of food each year while some Canadians resort to dumpsters and the kindness of strangers for their meals.

Dave King sits on the sidewalk of Water Street in downtown St. John’s in a foldable camping chair eating a can of sardines. A mutt comes by sniffing them out and stops to stare at King, who gives one to the dog.

King spends his days as a panhandler on Water Street in downtown St. John’s and knows what it is like to be hungry. He sits in his camping chair for about eight hours a day with a dish by his feet asking for spare change from passers-by.

“I’m a senior, so sitting around at home and doing nothing is kinda boring, right? So I come down here and I get to meet different people. The tour boats come in, and you get to meet people from all over the world,” King said as groups of people walk by on the street.

Dave King spends about eight hours a day on the streets of downtown St. John's. King says he eats only once a day and doesn't carry many canned foods in case he needs to move in a hurry. Arthur Craig Green/Kicker

Though he receives food and money passers-by, it’s not enough to keep him going. King is one of 27,000 people in Newfoundland and Labrador who rely on food banks. He visits them up to twice a month, which is normally the limit set by local food banks. 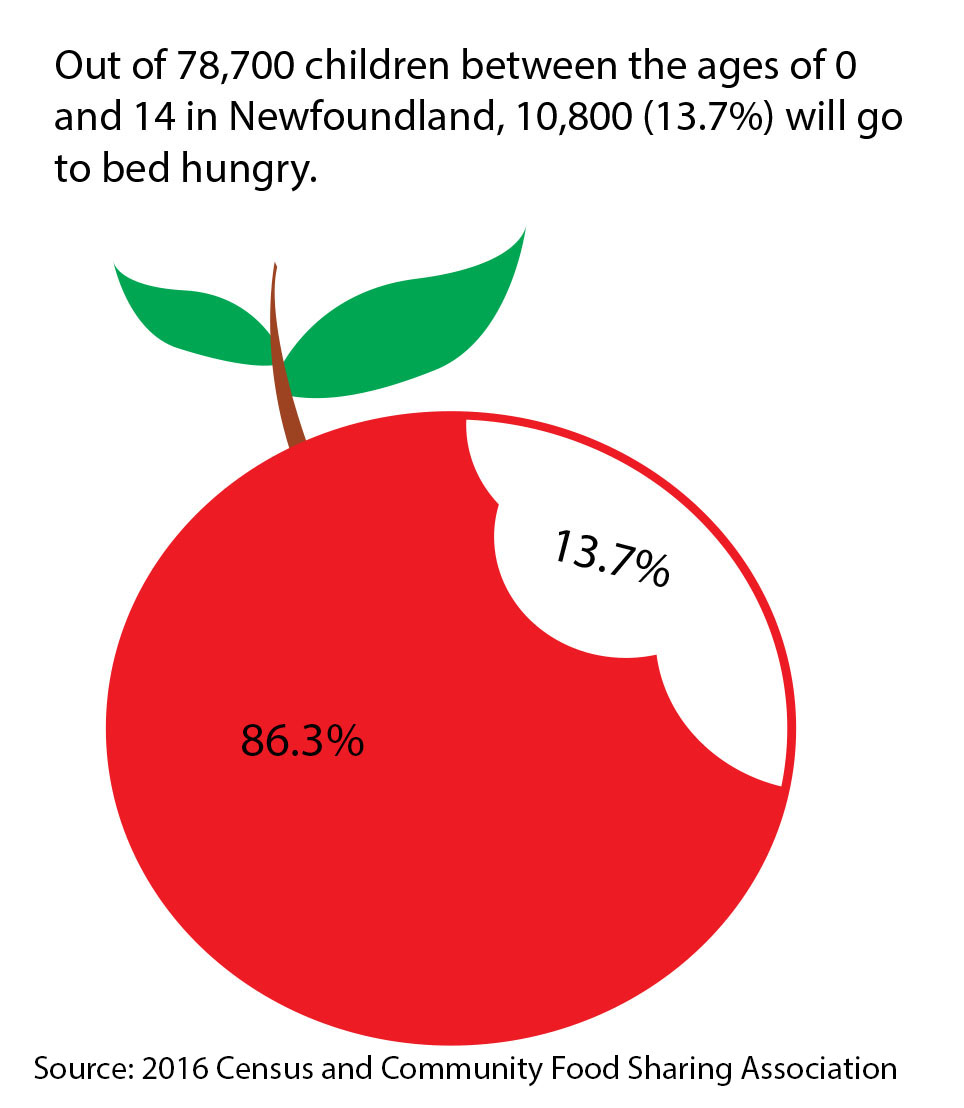 When King visits the food bank, he receives a lot of canned foods, like sardines, but it doesn’t always last the whole month.

When bad times get worse and King needs food, he admits to going through dumpsters in order to find something to eat. He says if it doesn’t look like it will kill him, he will try it. But dumpster diving has become less of an option as many fast food restaurants and stores put locks on their dumpsters to keep people like King away.

“That’s crazy, you know, why throw it out? There’s so many people in the world that’s hungry and not doing so well; people are starving in different countries. That shouldn’t be man. There’s something that’s wrong with society.”

Sister Elizabeth Davis says ours is becoming a throwaway society. 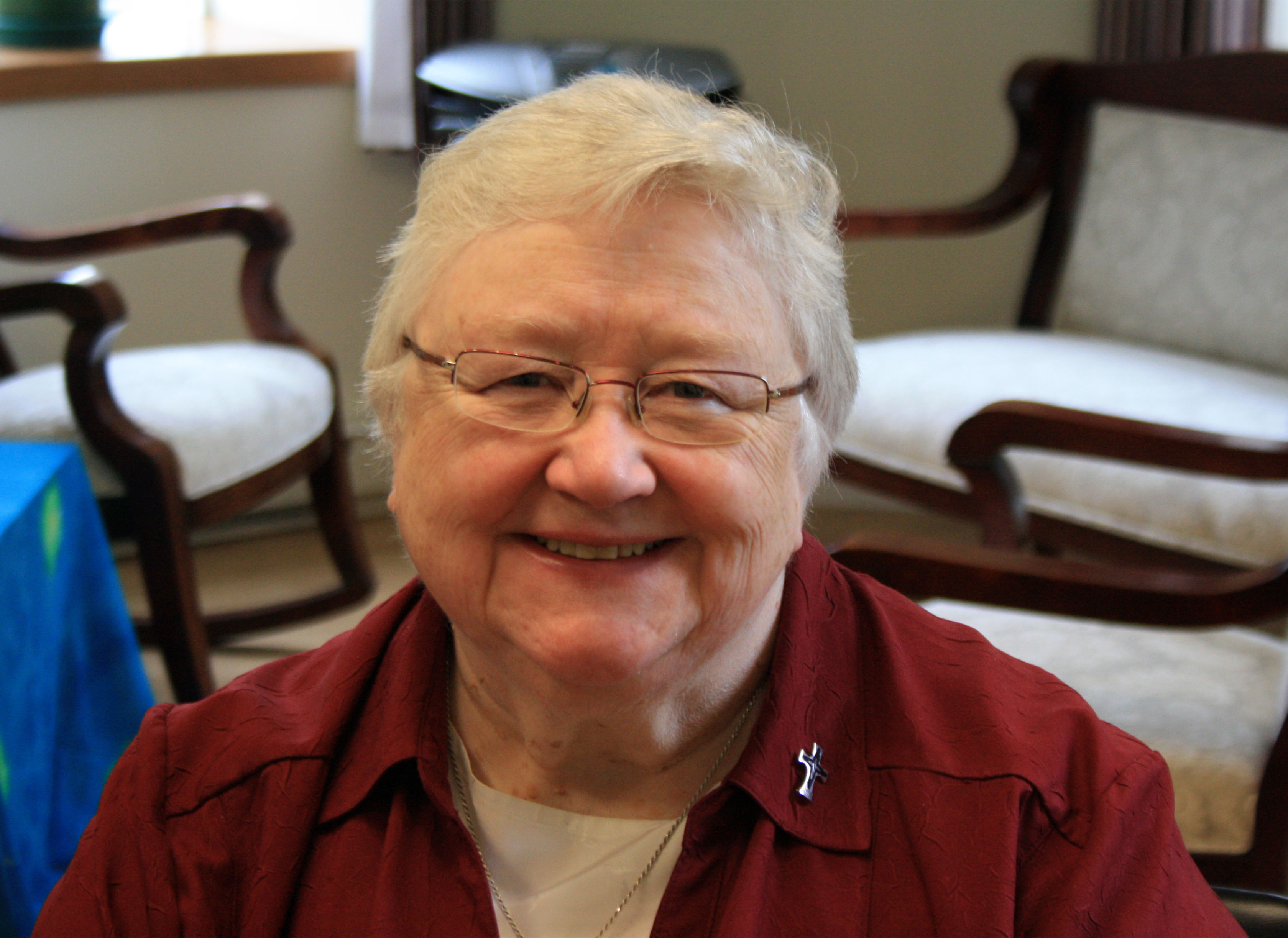 Davis, a member of the Sisters of Mercy, has a long history of fighting hunger in St. John’s. She has been a nun for the last 50 years and is the co-chairperson of the Gathering Place, a charity that provides food, shelter and clothing to poor people.

Davis says food waste is a complex issue that’s connected to poverty, to respect for the environment, to how people treat each other and to how the developed world abuses the developing world.

“There is so many layers to it. And it’s really difficult for a person to say, ‘If I throw away this sandwich today because I don’t like the taste of it or I’m not that hungry, how is that going to (affect) some poor person in the developing world?’ It’s not so straightforward as that.”

In St. John’s, institutions such as the Gathering Place, the Sisters of Mercy and the Presentation Sisters - along with more than 500 volunteers and a small paid staff - are trying to address the inequality in society.

“The Gathering Place shows us is that if you don’t have a warm, nourishing meal first, many other issues can’t get addressed,” Davis said.

One of those issues is the disparity between haves and have-nots; some people have so much while others have so little.

Vox, a U.S. news organization, calls food waste “the world’s dumbest problem” in a recent report. If food waste were a country, according to the Vox report, it would be the third largest contributor to global warming behind China and the United States. Yet, food waste is one of the easiest sources of greenhouse gas emissions to address.

Too risky to give?

Much of the food that is wasted could be used to feed someone who needs it. However, some people and institutions fear if they give food to someone they will get in legal trouble if that person becomes sick.

The provincial Donation of Food Act (D-26.1), passed in 1997, says a person who donates food to another person isn’t liable for “damages resulting from injury or death caused by the consumption of the food.”

There are, however, restrictions under the Act.

Donors would not be protected if they intended to injure or cause the death of the person who ate the food, “acted with reckless disregard for the safety of others,” or if the food that was donated was unfit for human consumption.

Kevin O’Shea, executive director of Public Legal Information Association of Newfoundland and Labrador, says it would be up to the judge to decide if a person donating the food acted with reckless disregard for the safety of others.

So what constitutes reckless disregard?

For someone to be found liable, according to the Act, the food itself would have to be “adulterated, rotten, or otherwise unfit for human consumption,” and the party donating the food would either have to intended to injure or cause death to the recipient of the food or have “acted with reckless disregard” for the safety of others.

"Acting with reckless disregard is a higher standard of negligence than what is typically seen in the courts," said O'Shea. "Basically, it means that I knew or ought to have known that donating this rotten food would be a threat to someone’s safety, but I did it anyway.'”

The importance of avoiding waste is stressed in religious traditions such as Islam, Judaism and Christianity. 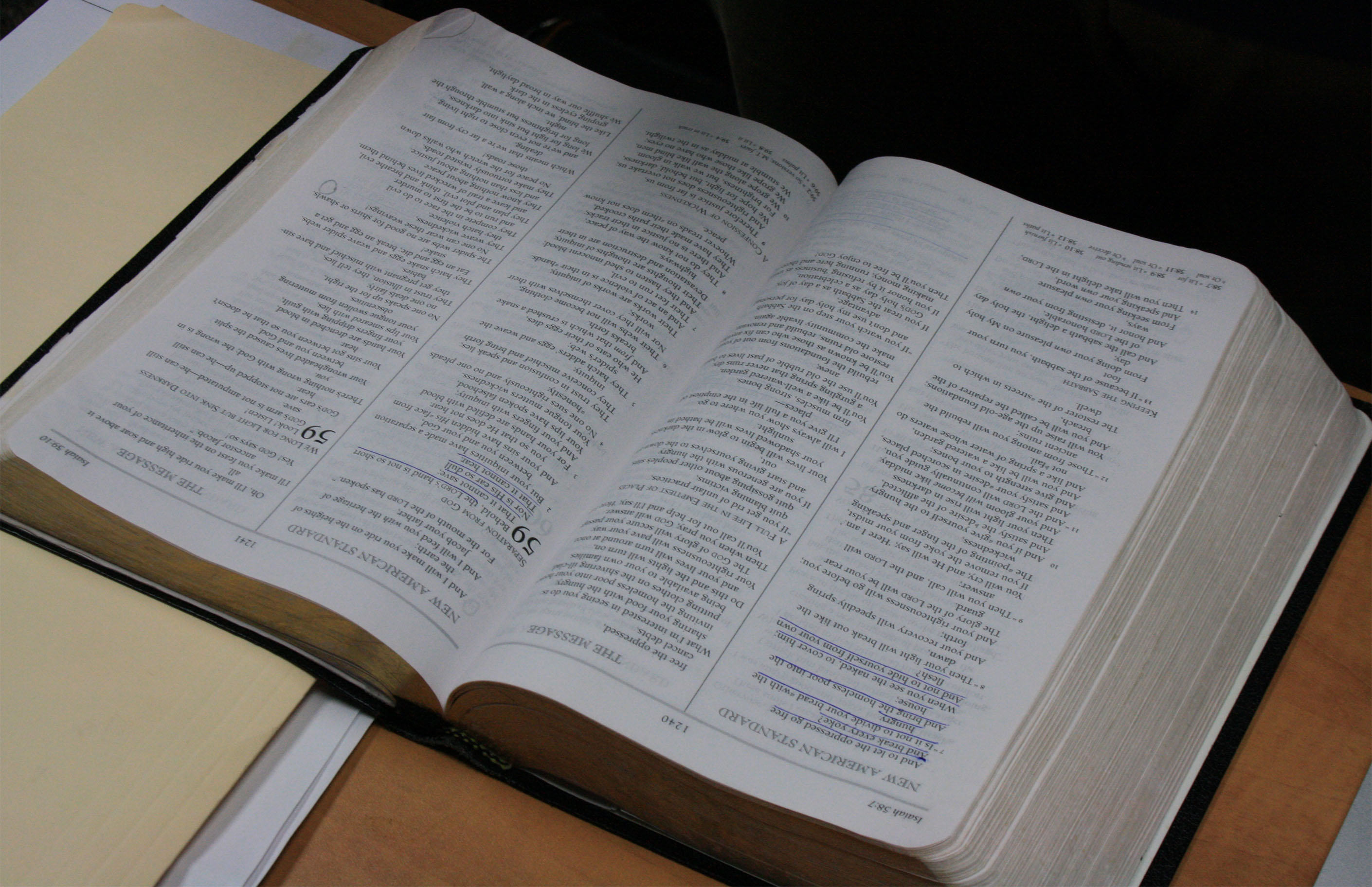 The importance of avoiding waste is stressed in religious traditions such as Islam, Judaism and Christianity. Many people turn to their local churches when they are in need of food and other necessities. Jessie Dobbin/Kicker

Pastor Robert Lodge of the Bethesda Pentecostal Church in St. John’s says the Bible speaks of stewardship, which is about using the resources God has given to humanity wisely and appropriately

Lodge is a pastor at the Bethesda Pentecostal Church in St. John’s. He is in charge of the church’s ‘Care Fund’ that is a fund dedicated to helping those in need and reach out to Bethesda.

One way Lodge feels the church uses resources wisely is by contributing food and resources to the Food Sharing Association. He is also in charge of his church’s Care Fund, dedicated to helping those in need who reach out to Bethesda. 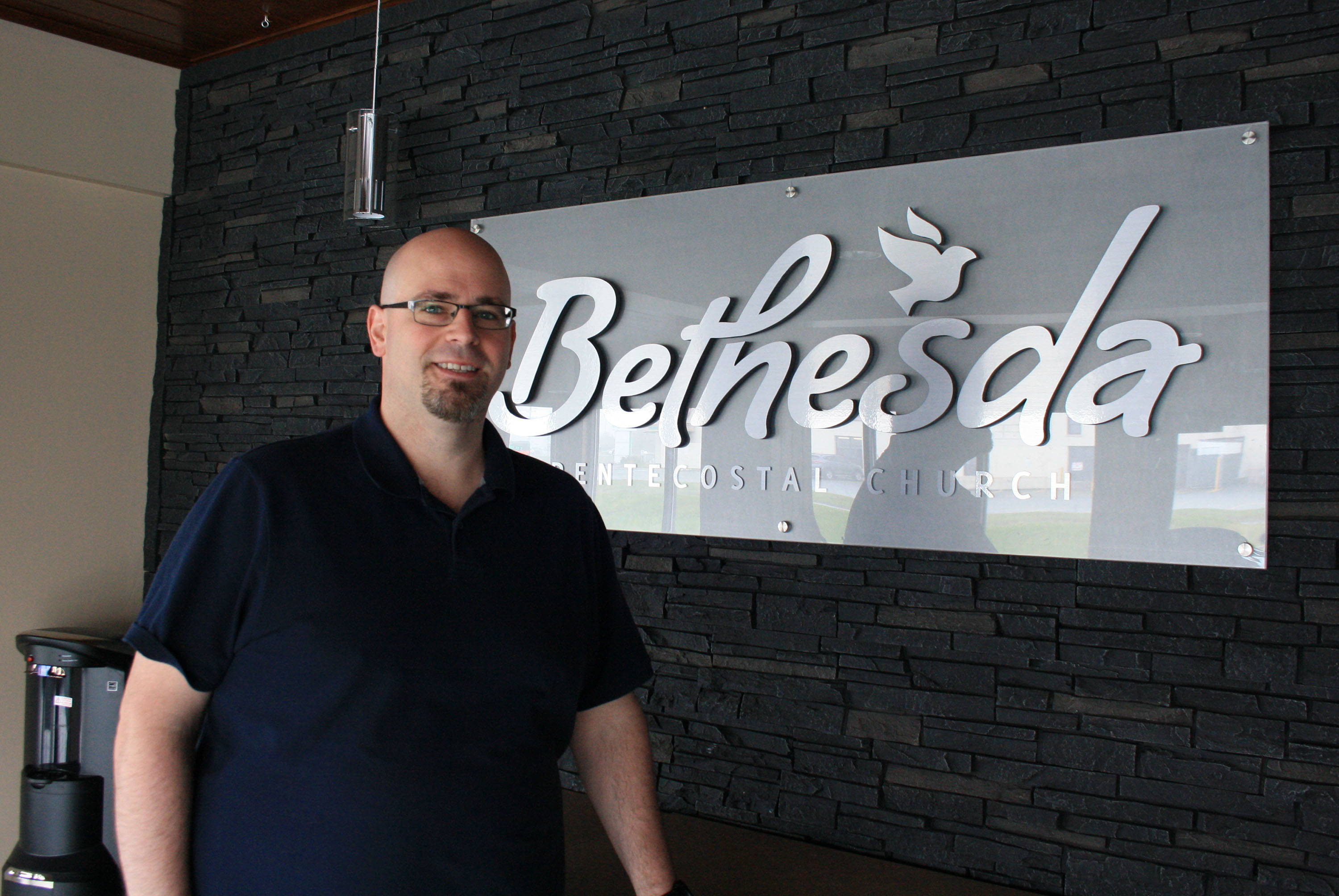 Pastor Robert of Bethesda Pentecostal Church in St. John's is in charge of the church's 'Care Fund" and wants to find a way the community can work together to help those in need. Jessie Dobbin/Kicker

Sister Elizabeth Davis of Sisters of Mercy says the solution is society making changes in how it views and handles other issues in order to solve those that come with food waste.

Davis says also that in recent years society has become more aware it is wasting food that people in need could use and that food wastage harms the environment through methane emissions and by robbing soil of nutrients.

Although donating food is generally a good thing and composting gives nutrients back to the soil, Davis says in order to fix problems for the future, people need to get the government to look at the issue of poverty more seriously.

“Because even if I, who have so much, if I give to you, who have so little, what really has changed in terms of the future?” she asked. “Whereas either I make sure that the system flattens out so that you and I both get respected with the same dignity and the same right to food, basic food and water and health care. That’s really what affects the future.”