Unlike other major Atlantic Canadian cities such as Halifax and Moncton, St. John's does not divert discarded food and most other organic waste away from its landfill. Rather, it plans to reduce greenhouse gas emissions through a methane-capture system.

Canadians waste about one-third of all edible food in the country, and St. John’s is no exception to this national habit.

So, what exactly is being done in our community to combat food wastage?

Some groups such as Food First NL are addressing the problem at the level of the individual consumer through education. The city and the province’s Multi-Materials Stewardship Board are encouraging people to compost.

However, unlike other major cities in Atlantic Canada, the St. John’s area does not collect food waste for a large composting operation. City councillors say such an operation would be costly and impractical, but at least one expert suggests a city or province-wide collection strategy would provide the best results. 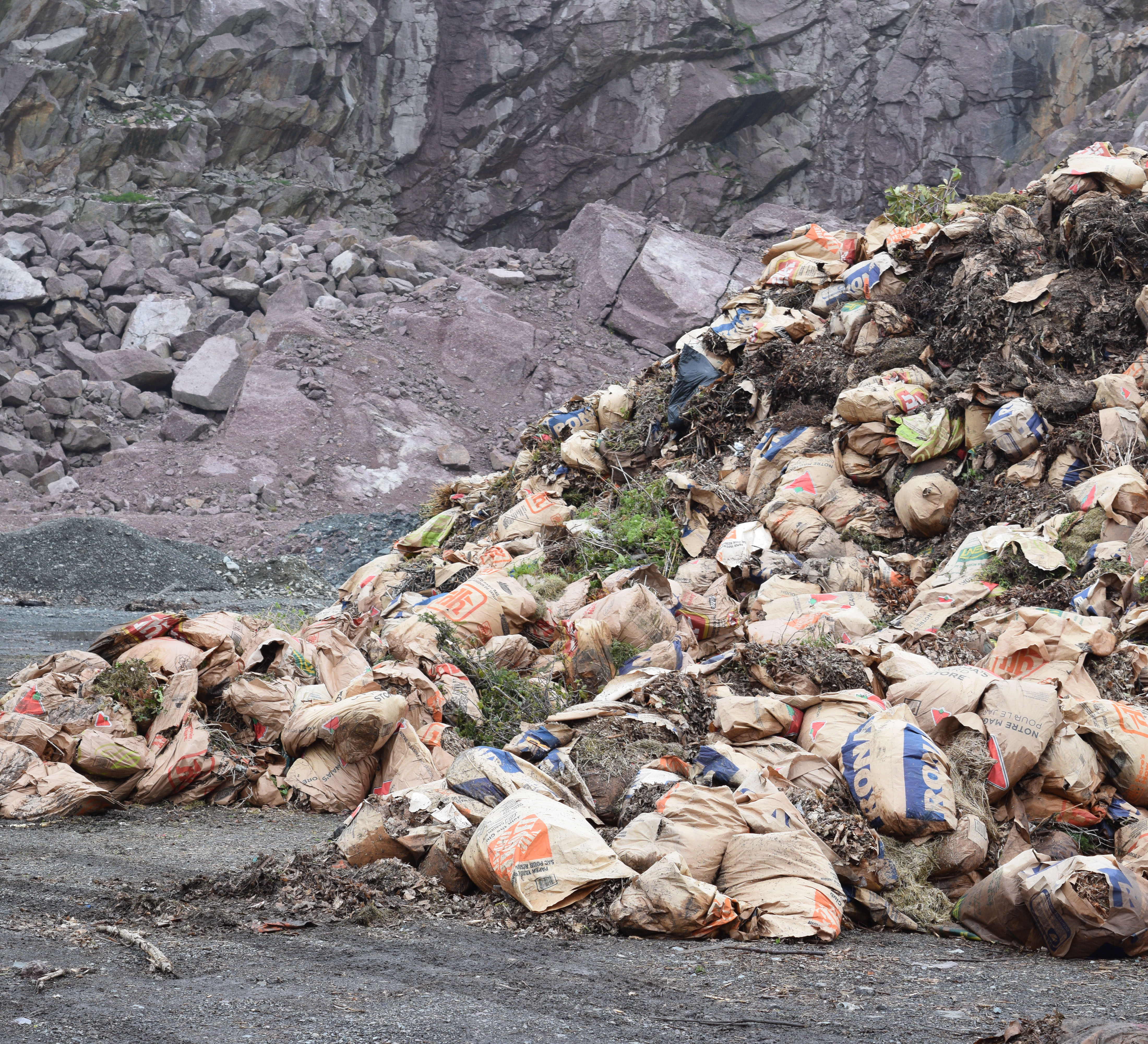 One organization with the potential to address food wastage is the Environmental Advisory Committee – a collection of experts and representatives from the community that give advice on certain issues on request from City Council.

However, according to Coun. Ian Froude, the advisory committee hasn’t given much consideration to reducing food wastage yet.

“It hasn’t come to the top of the agenda, that I’ve known of,” said Froude, who sits on the committee. “That being said, maybe it should.”

Unlike other major cities such as Halifax and Moncton, St. John’s does not have what is known as three-stream waste diversion, which includes trash, recyclables and compost materials.

Halifax, for example, has had a three-stream waste diversion program in place for about 20 years. Residents are required to separate any organics from their waste and place it in designated green bins.

“For recycling or composting to work, there has to be an end market; someone has to want to buy it on the other end,” said Froude. “Otherwise it’s just a cost of compost and then there’s nowhere for it to go. The challenges with the product, from my understanding, is that often there’s a lot of microplastics in our food waste. Once it goes through the composting process, there’s still a lot of microplastics. So, it’s not a very high-value product for agriculture; farmers don’t want it.”

However, Matt Keliher, the manager of solid waste with the Halifax Regional Municipality, says that while small amounts of plastic do sometimes squeeze through the municipality's processing system, the region is still able to send the organic waste to its end market, a landscaping farm, which can then deal with the contaminants itself. 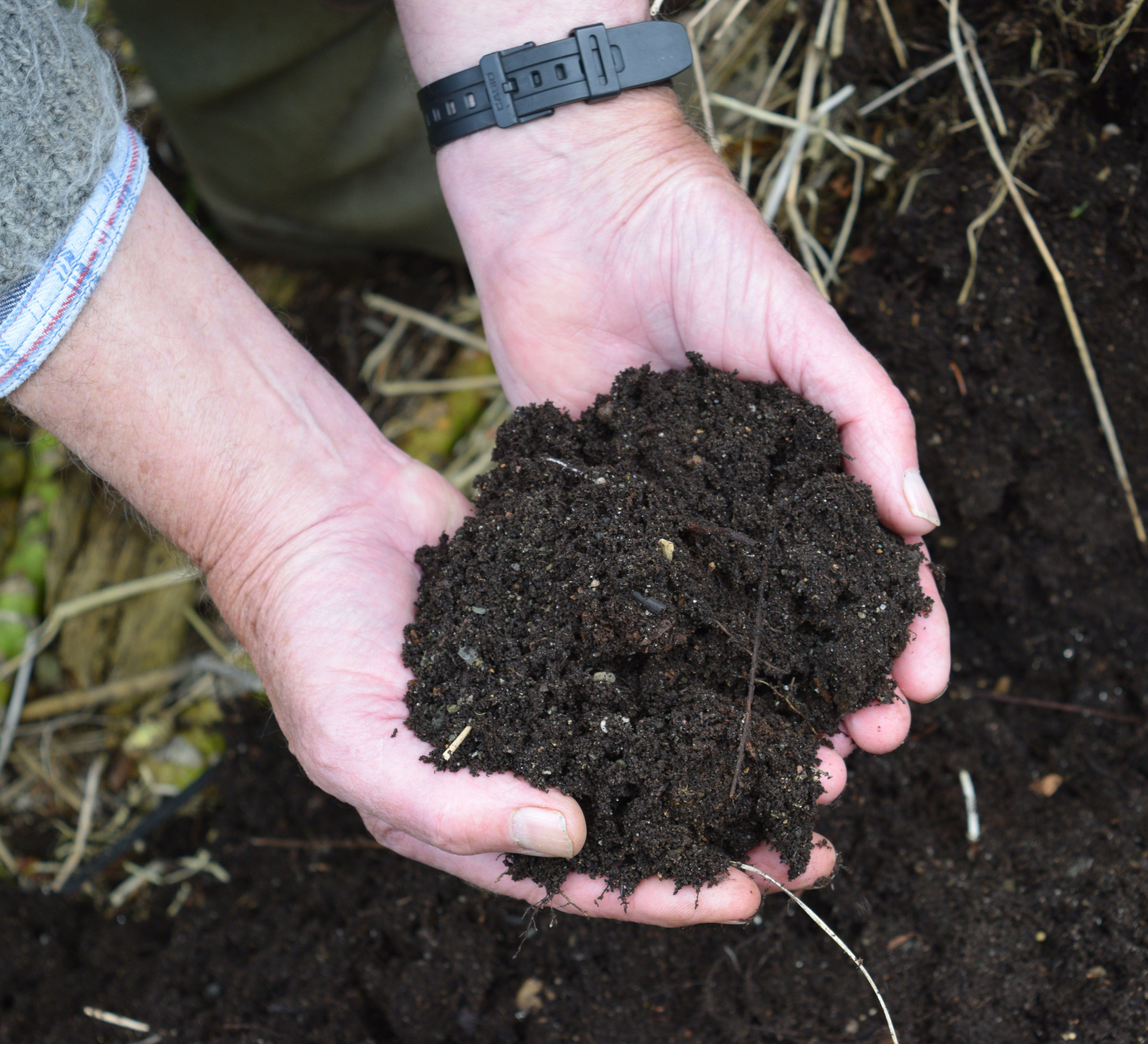 Ross Traverse shows off his latest batch of compost. He says a big reason why he composts at all is to reduce the amount of food waste he produces in his gardens.

Coun. Dave Lane, who is co-chair of the St. John’s Food Policy Council, sides with Froude about the feasibility of a three-stream diversion program here in the city. He says the end market for compost is much smaller here than it is in other regions of Atlantic Canada.

“We probably will not see a mandated (curbside) composting program … anytime soon,” Lane said. He said that, while backyard composters can refrain from using meat and fat and bones, it’s virtually unavoidable with a curbside program, and these materials attract rodents and can create an unpleasant smell.

“The waste management facility we currently have (Robin Hood Bay) … is right in the middle of the city, and people already complain about the smell.”

Agricultural specialist Ross Traverse, however, believes the problem of smell can be overstated.

“Composting facilities get a bad rap …” said Traverse. “A lot of people are concerned about smell and rodents, and that’s because it’s not done properly.” 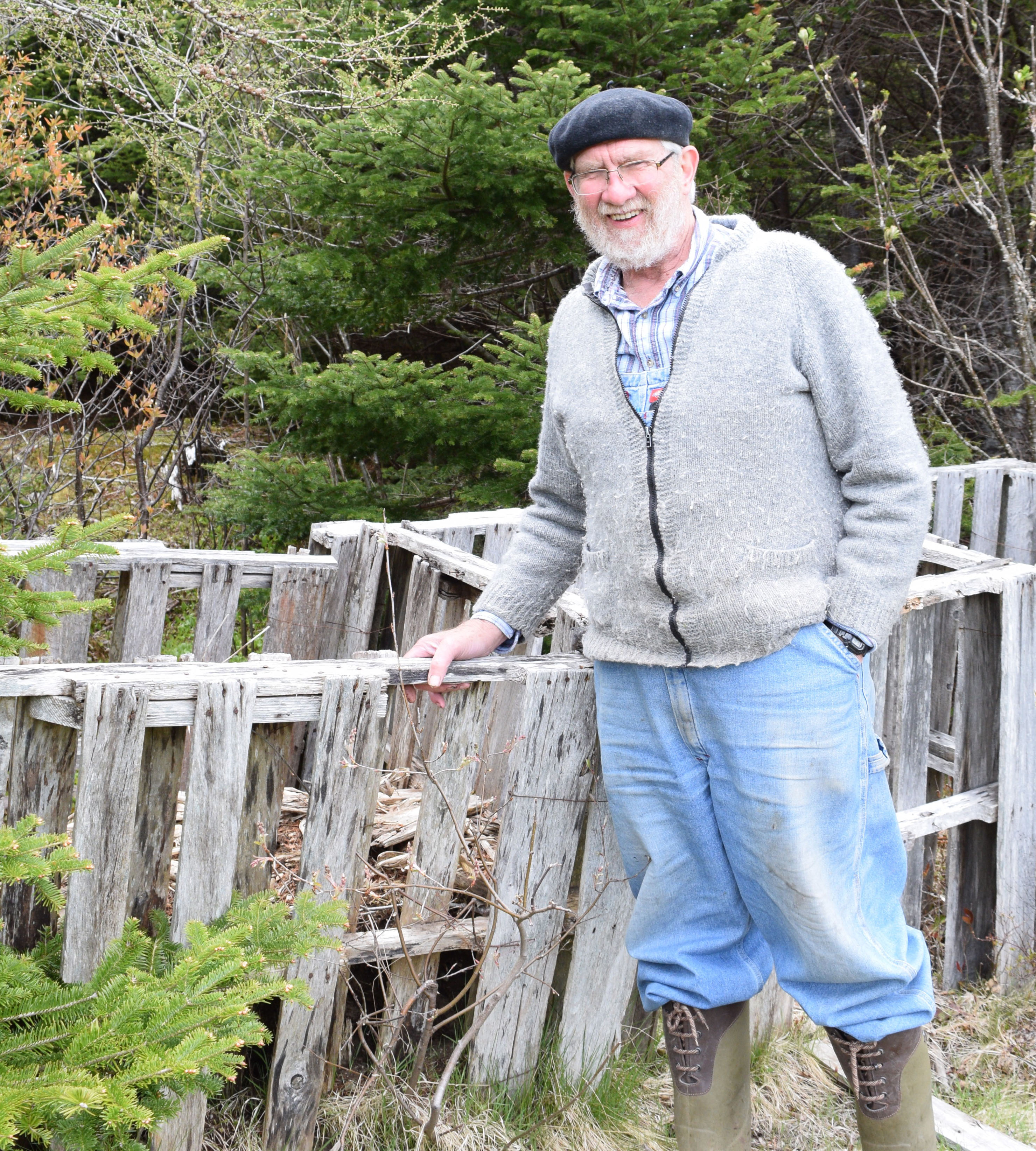 Founder of the now-closed Traverse Gardens in Torbay, Traverse has been composting for roughly 45 years. He says that, in a cold climate such as Newfoundland, for six months of the year, household composting becomes inactive. Similar to when food is frozen, the microorganisms in the food slow down and cannot operate, so the food isn’t able to break down and rot, which can cause smells to linger and attract rodents over time.

While this is an issue regarding household composting, says Traverse, retaining heat isn’t as much of a problem on a large, municipal scale.

“Commercially, you have what we call a ‘critical mass.’ In other words, a large volume of material … and the microorganisms in their activity generate a lot of heat. And so that heat is then trapped in the large volume of compost, and it breaks down very quickly.”

On top of that, Keliher from Halifax says that neither of the city’s composting facilities have ever had significant rodent problems, and their odor complaints are few and far between, receiving only one or two every year.

However, even if a new location was found to store and manage all the compost, Lane says there would need to be changes to the transportation of the waste. Since the majority of the population is close to the landfill right now, not only would the garbage trucks have to travel to the Robin Hood Bay facility, they would also have to travel to the new facility for compost outside of the city.

“It would just cost huge, huge, huge amounts of money to do curbside composting … The costs far outweigh the benefits on a number of levels.”

According to Keliher, it does cost anywhere between $25 and $40 per tonne more to compost organic materials than it would be to put them into a landfill. But, the impact of filling their landfills is significantly lessened by separating these materials.

"We probably will not see a mandated (curbside) composting program ... anytime soon."

Lane also says says the city is close to utilizing the methane gas produced at Robin Hood Bay for energy.

Currently, the energy is simply collected and burned, but according to a representative from the landfill, up to two megawatts of electricity could be generated from this gas, which could then be fed into a power grid and be used to generate thousands of homes and businesses. However, if the organic materials that enable this gas were to be diverted, then that option may no longer be feasible.

“There are other ways of doing it,” said Lane. 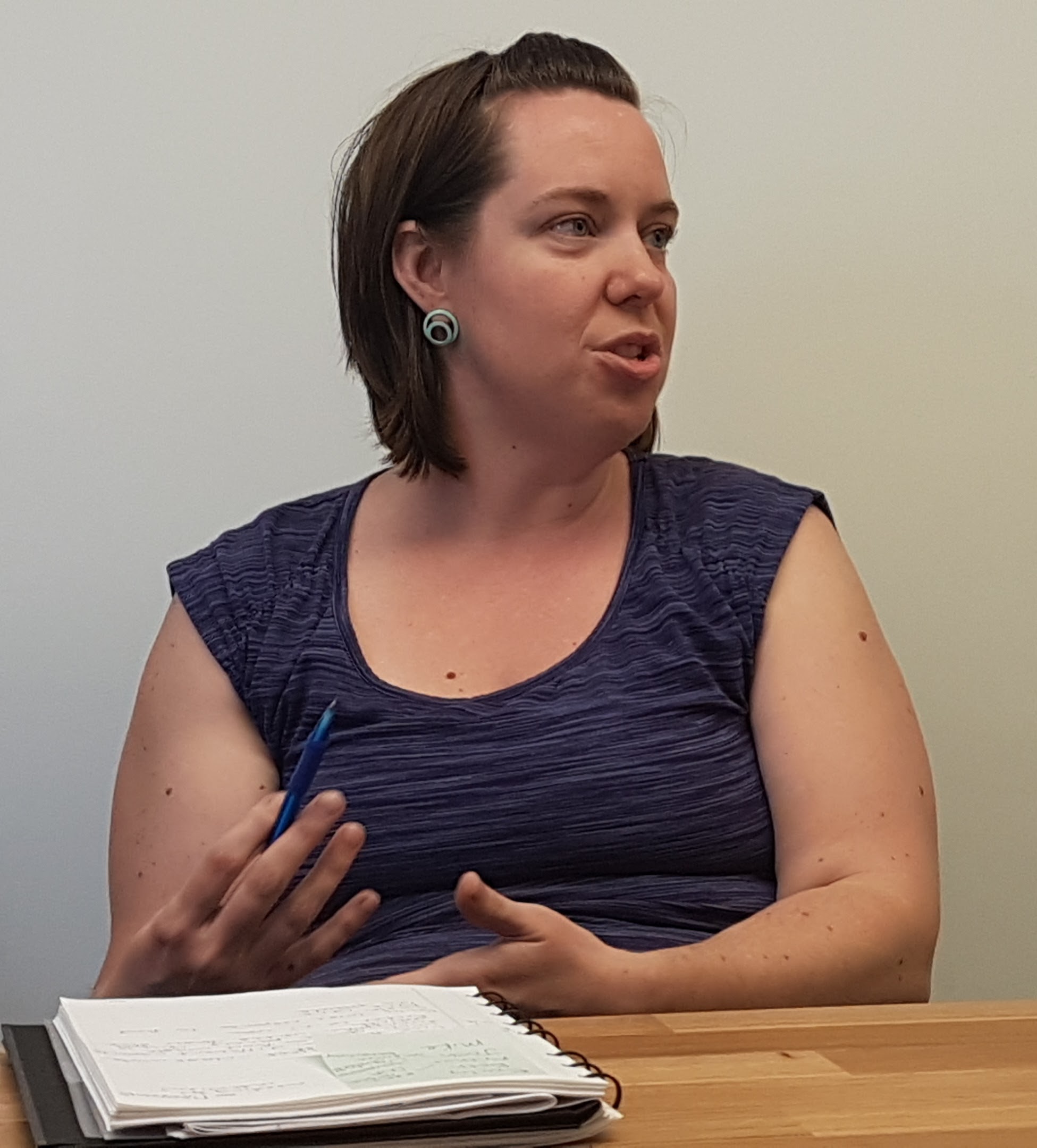 Sarah Ferber from Food First NL explains that combating food waste is still a relatively new thing for the organization. But, they have some big plans for the coming year.

Another organization that seeks community-based solutions to problems such as food wastage is Food First NL, a non-profit organization working toward greater food security in the province.

Sarah Ferber, Food First NL’s education manager, said the organization is developing a new series of resources that will help people to reduce the amount of food waste that they create before it can hit the bins.

“We’re hoping to release some things at the end of the summer, early fall, that would be more kitchen-based,” she said, listing off ideas such as meal planning, grocery shopping tips, and proper storage of foods to avoid spoilage – helping people to get the most out of their food to reduce the waste they produce. 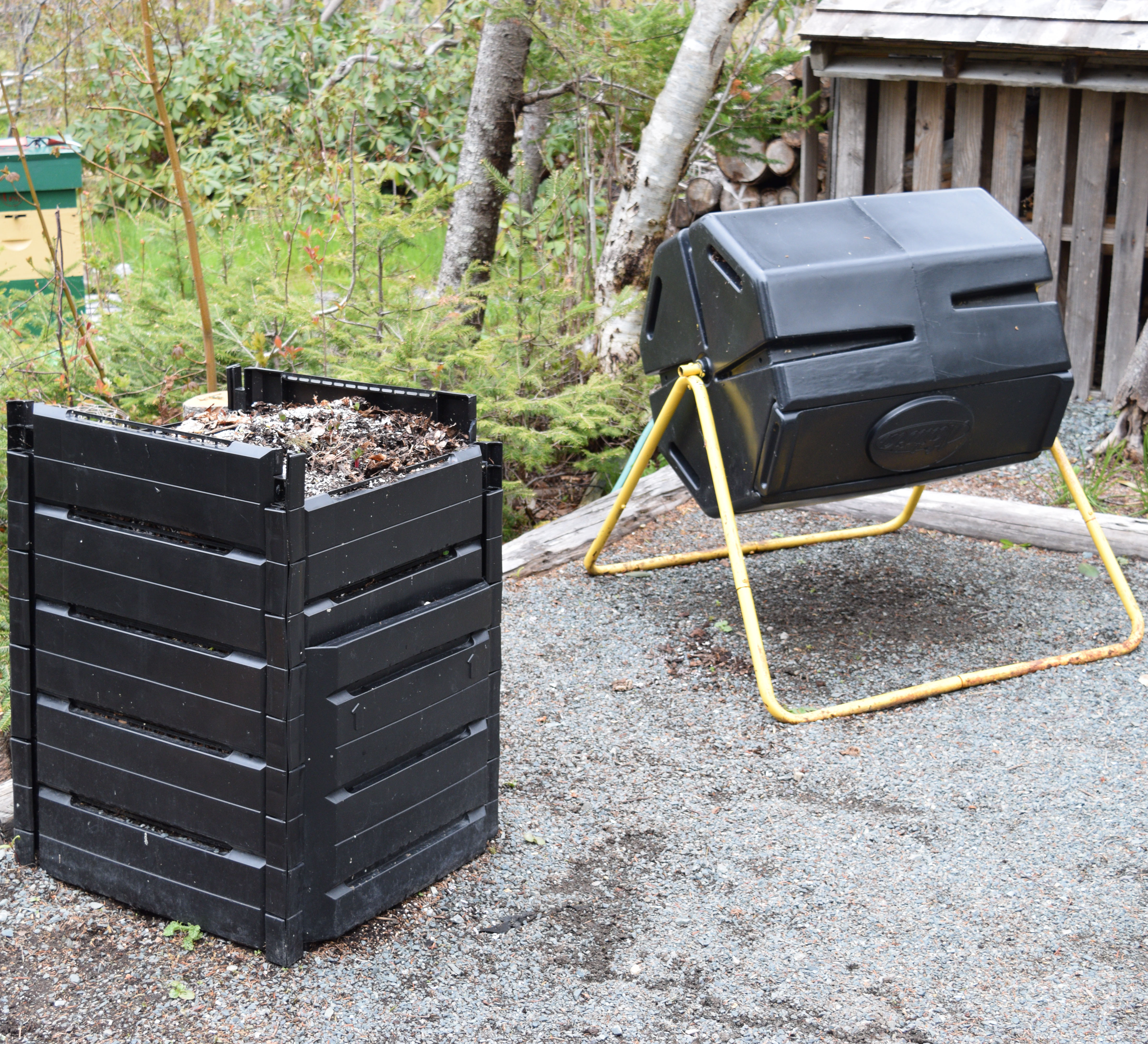 Residents of St. John's are eligible for discounts on composting bins offered by the city, provided they attend a Compost Talk at the MUN Botanical Garden.

Food First NL is taking many different approaches to food issues, such as developing outdoor gardens and composting programs with schools. However, its priority is with the individual consumer.

“As we are growing our knowledge and growing our partnerships, we’ll be building more in the way of food waste support and programming,” said Ferber. “But, yeah, right now it is more focused on the household level, or with community-based organizations.”

Lane also pointed out that the city does encourage and support residents to practice backyard composting.

As part of a partnership between the city, the MUN Botanical Garden and the Multi-Materials Stewardship Board, the garden holds weekly, free informational classes on how to compost properly, known as Compost Talk. The city supports these classes by offering discounts on composting bins to any residents who complete the workshop.

However, Traverse remains skeptical about the effectiveness of household composting versus a municipal or regional effort.

“It needs to be either a municipal or a provincial effort to compost rather than homeowner,” said Traverse. “You need a proper collection system so that things are sorted so that you don’t get any toxic materials or plastic materials in that … And I don’t know if you can depend on individuals (alone) to do that.”