From truck to table

Newfoundland depends upon shipping for most of its food supplies. That dependence makes the island vulnerable to food insecurity and contributes to food loss. However, there is a movement afoot to encourage Newfoundlanders to buy more of their food locally.

A road trip from Montreal to Newfoundland would be pretty cool, right?

The journey would include many hours of driving, plenty of stops along the way and a ferry trip. But the sightseeing and bragging rights might just make it worthwhile.

However, if consumers were aware that their produce had just made that same long journey, they might not be so enthusiastic to take a bite.

Newfoundland and Labrador’s isolation from the rest of Canada creates unique challenges, and food is required to travel long distances before it reaches the grocery stores.

In Canada, $31 billion worth of food is wasted every year, according to a 2014 report from Value Chain Management International. Four per cent of this waste happens during the transport and distribution process.

There is 1-million tonnes of food loss and waste through the distribution process in Canada each year. 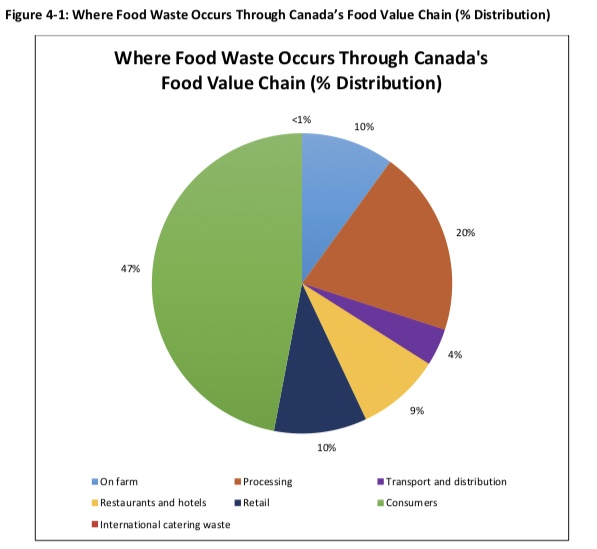 Transport and distribution contributes 4 per cent to the food waste that occurs though Canada’s food value chain. Via Value Chain.

Marine Atlantic transports about half of all the supplies going into Newfoundland, with commercial traffic representing about half of its business, says its corporate communication officer Darrell Mercer.

“What happens when we’re not sailing is that a lot of the fresh produce doesn’t get to the store shelves,” Mercer said. “You start to see that very quickly in all the grocery stores throughout the province.”

Marine Atlantic realizes it is an essential part of the food chain here in Newfoundland and Labrador, says Mercer. However, during the winter months delays are destined to happen.

“We had a lot of severe extended storms this past winter,” said Mercer. “There was a period of three weeks in a row where we had a major storm system move through, and it would shut us down for two to three days at a time.”

Marine Atlantic provides transportation for passengers as well as commercial goods. The same is not true of Oceanex, a privately owned company that provides cargo shipping services to the province of Newfoundland and Labrador.

Oceanex does not experience as many large delays as Marine Atlantic because it doesn’t serve passengers, says Tony Powell, the company’s director of business development. 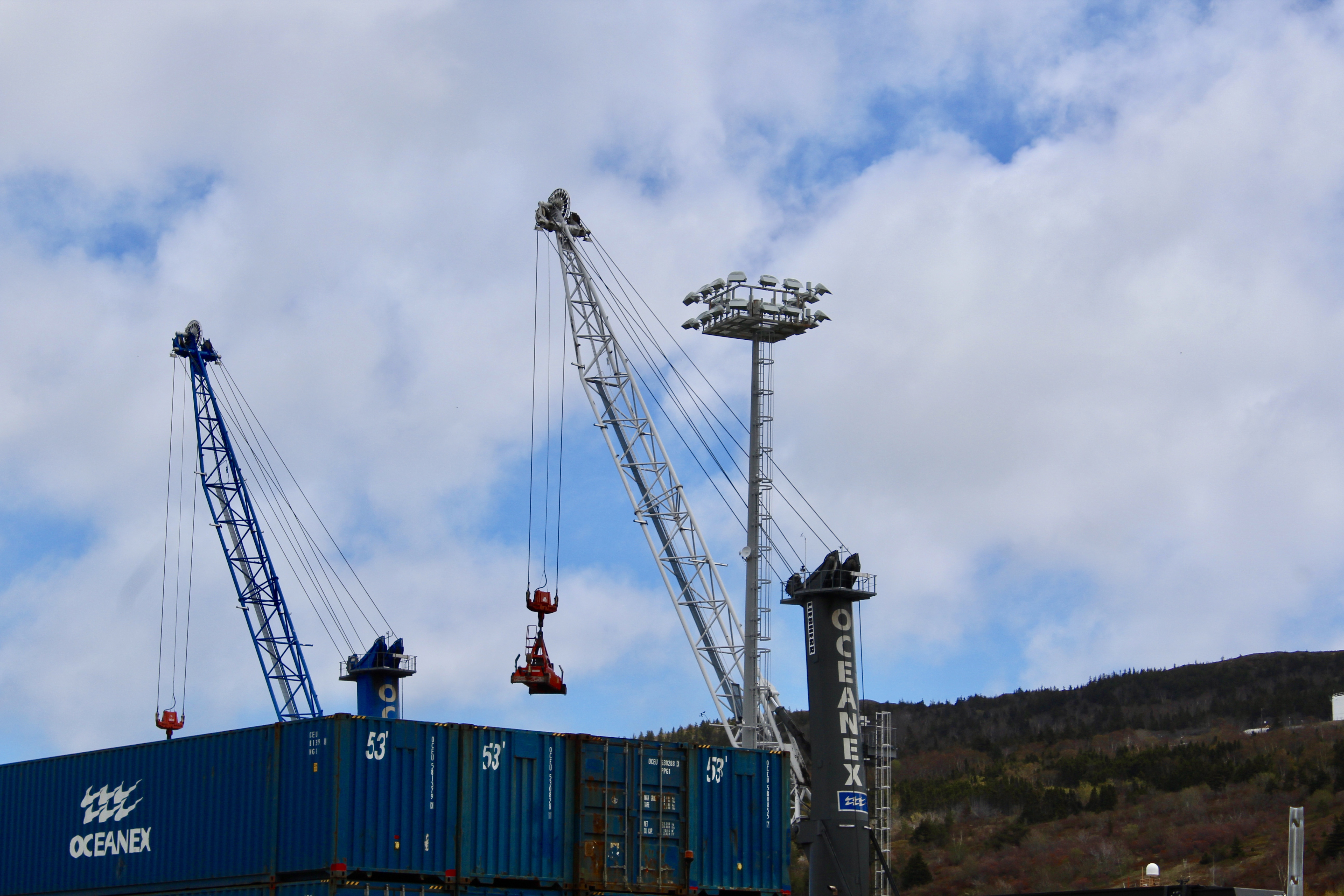 Oceanex provides specialized containers which can be heated, cold or dry to accommodate the food that they ship. Beth Penney/Kicker.

“Our schedule is pretty well on time,” Powell. “It could be set off schedule by hours due to weather conditions, but we don’t normally have to miss days.”

According to a 2017 report by Commission for Environmental Cooperation, delays can be a major cause of food loss and waste during the distribution process.

Many companies that use Marine Atlantic’s services have been impacted by Newfoundland and Labrador’s harsh winters for many seasons, says Mercer, so the Crown corporation has learned to plan accordingly.

“Each company is responsible for their own product, so when they look at the forecast they can usually tell if there is going to be a disruption,” said Mercer. “We don’t necessarily have as much traffic coming towards our terminal as may have happened in the past during these storms.”

Keeping the produce stored safely during harsh winter conditions is a good way to reduce waste, but it still means that residents of Newfoundland and Labrador will quickly see empty shelves in their grocery stores.

Sarah Ferber of Food First NL says Newfoundland and Labrador has an estimated two- to three-day supply of fresh produce if ferries are delayed. 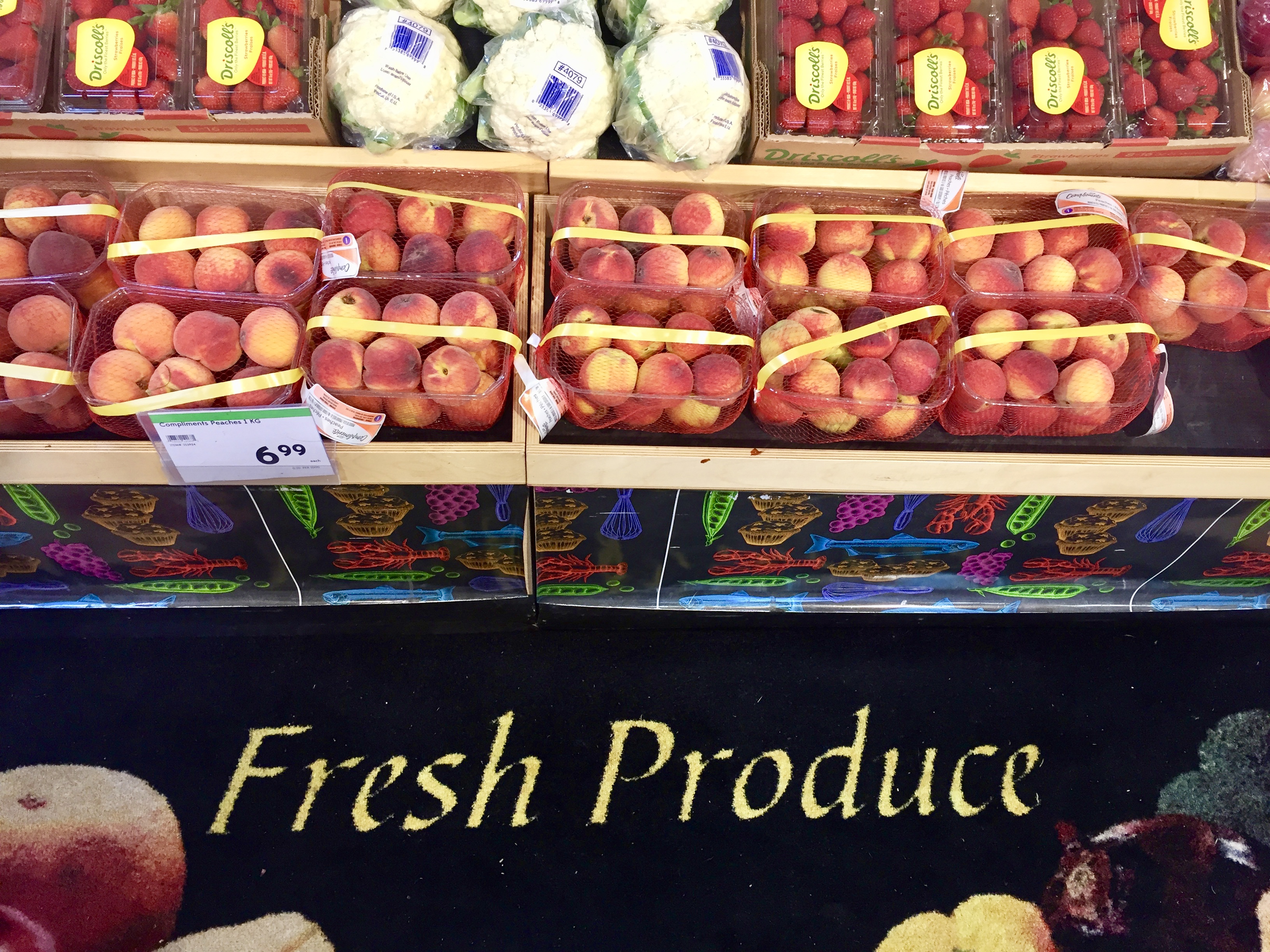 Ninety per cent of Newfoundland and Labrador’s produce is imported, according to Food First NL. Beth Penney/Kicker

“The more remote you go into Newfoundland and Labrador, the more food security issues you will see,” said Ferber. “A lot of communities don’t have full service grocery stores, so they are depending on corner stores who have even less in the way of distribution infrastructure.”

It’s tough to have a conversation about the benefits of purchasing locally grown produce without hearing the term “food miles.” This term is simply a way of expressing how far the food we eat travels from the farm where it is first produced before it ends up on our dinner tables.

If you want to avoid chewing up those food miles, there are locally owned farms growing and distributing their produce. 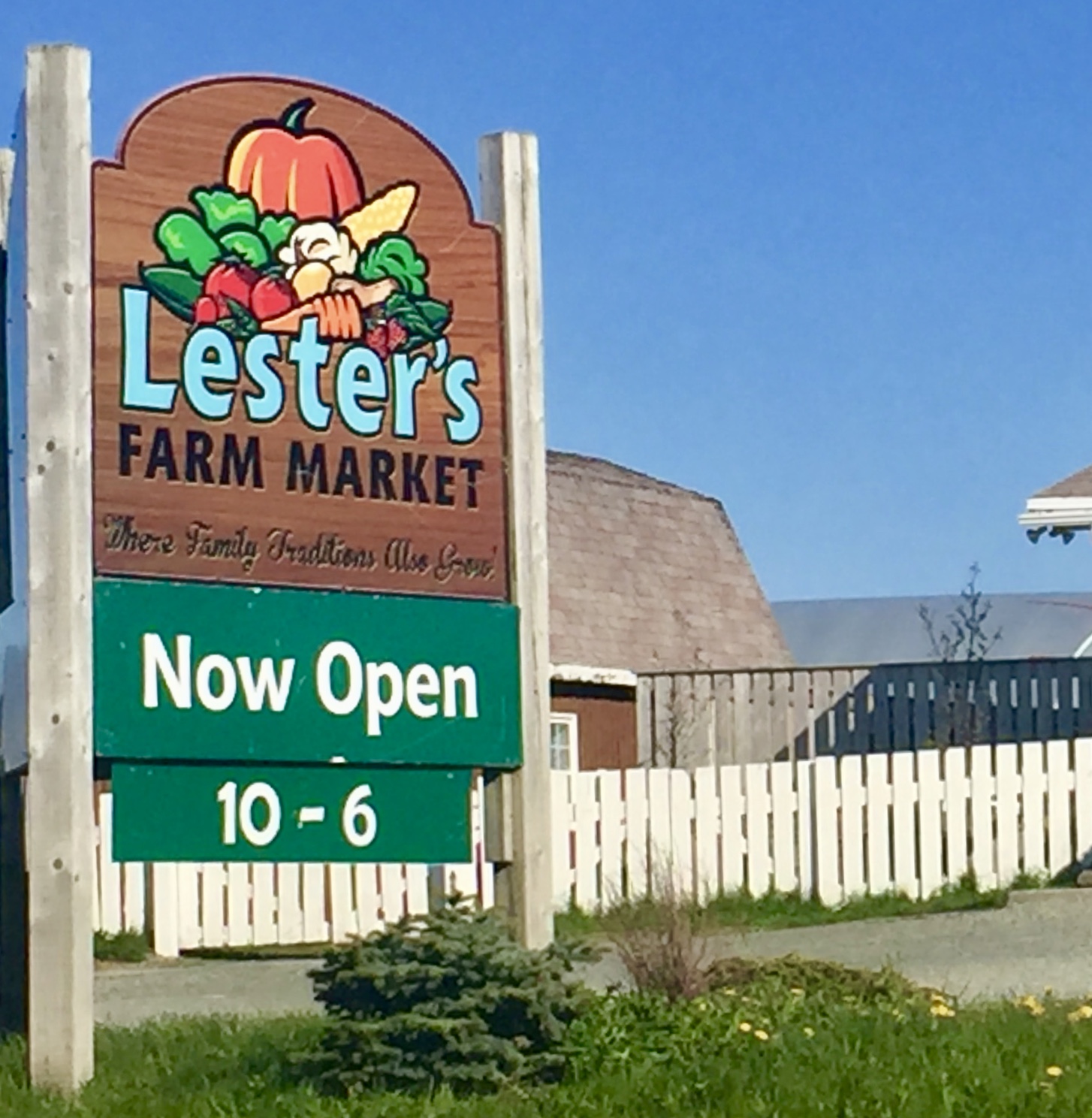 For example, about 95 per cent of the vegetables at Lester’s Farm Market are sold directly to customers through their market. The other five per cent is distributed through local restaurants such as Raymond’s, the Merchant Tavern and Mallard Cottage.

A new generation of farmers in the province is now leading the buy local charge.

Rebecca Williams, 20, of Pond View Farms grew up on a farm here in Newfoundland and Labrador. Recently, Williams returned home to Newfoundland after receiving an education in business and dairy farming.

Williams represents a new generation of farmers who have been formally educated in both the business and science of agriculture. 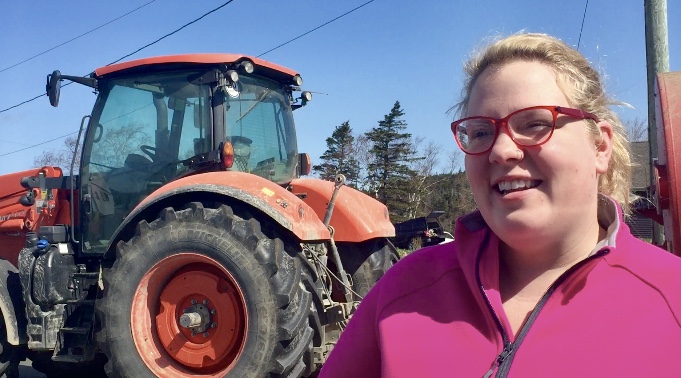 Rebecca Williams of Pond View Farms says waste is minimal through the dairy farm, as it is cycled back through the farm in an ongoing cycle. Beth Penney/Kicker

“It’s kind of hard getting family members who are set in their ways to learn the new ways,” she said, laughing. “But we make it work.”

There are approximately 27 dairy farmers on the island, says Williams. While there is plenty of capacity for the province to supply its own milk, she suggests, it's the value-added food production that is lacking.

“Within those 27 producers, we are able to fully supply our island with fluid milk,” she said. “But we don’t have the production facilities for the cheese, yogurt and ice cream.”

Pond View Farms distributes some of their product locally to Five Brothers Artisan Cheese, but it is not enough to supply the whole island.

In order to produce the remaining cheese, butter, yogurt and ice cream, the product from Pond View Farms must be shipped to the mainland to be made into the Farmers Dairy brand.

“I don’t drink a lot of milk,” she laughed. “But ice cream is like a food group for me. So when I go to Dairy Queen, I’m like yeah, I helped make that.”