The weight of a caribou

Food wastage is a nationwide problem, one that government and institutions have made commitments to fix.

A hunter would consider a 170-kilogram animal a fair-sized game. But when speaking of food waste, that number is simply rubbish.

According to a report by the Commission on Environmental Cooperation, each Canadian citizen wastes an estimated 170 kilograms of food each year – just shy of the average weight of a male woodland caribou.

It is undeniable that food wastage is a problem across Canada, and now the government has made a commitment to address it. Canada – along with Mexico and the United States – has signed a United Nations pledge to halve food waste generated by consumers, retailers and restaurants by 2030.

The person mainly responsible for developing a plan to meet these goals is federal Agriculture Minister Lawrence MacAulay, who has spearheaded consultations for the country’s first federal food policy.

Although details of the policy are currently unknown to the public, the policy could introduce introduce new standards for managing food wastage when it is announced some point later this year. 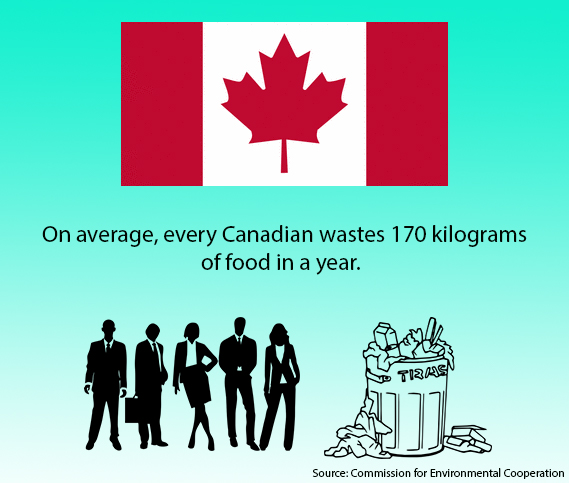 One way the government is looking to battle food waste is by improving food self-sufficiency within the province. A major challenge for food loss is spoilage during transportation. Although products such as chicken, eggs and milk are plentiful in the province, others must be imported.

According to the department, roughly 90 per cent of the province’s food is imported by marine transportation. As part of both the agriculture work plan and the Way Forward plan, the government hopes to increase provincial food self-sufficiency to 20 per cent by 2022.

Although the federal government has consulted provincial officials about the upcoming federal strategy, the provincial Department Fisheries and Land Resource says no formal consultations were held in Newfoundland and Labrador.

It’s not just government departments that are looking to put an end to food wastage. Institutions around St. John’s have seized the initiative to reduce their food wastage.

Memorial University is one such institution that has set a benchmark for others to follow. The university has an on-campus composting program, where fruit and vegetable waste from the dining hall kitchen is composted at the MUN Botanical Garden.

Toby Rowe, the sustainability coordinator at Memorial, says food waste is a major part of the university’s waste and believes leftover food can serve a purpose.

Food waste is a reusable product that can be collected and diverted from the waste stream while making a product – compost – that can be used on campus.”

“Food waste makes up a high percentage of waste on campus especially in the dining hall and other dining areas,” said Rowe. “Food waste is a reusable product that can be collected and diverted from the waste stream while making a product – compost – that can be used on campus.”

Since the program began in 2015, Rowe estimates that 25,000 kilograms of food waste has been diverted from landfills – more than 8,000 kilograms each year, roughly the weight of 47 caribou. In addition to the composting program, the university has eliminated trays from its dining hall. This encourages students to take only what they can eat and it has helped reduce food waste.

Rowe says the program has many additional benefits such as increasing awareness among staff and students, creating compost for the Botanical Garden, and helping to form new partnerships. But the program hasn’t been without its challenges.

“Due to the type of compost pile at the Botanical Garden and constraints on both bin size and storage area at the dining hall, not all food waste is being collected from the dining hall,” she said. “If composting were expanded on campus, there would be an increase in the resources required to manage a program and a new system of composting would need to be implemented.” 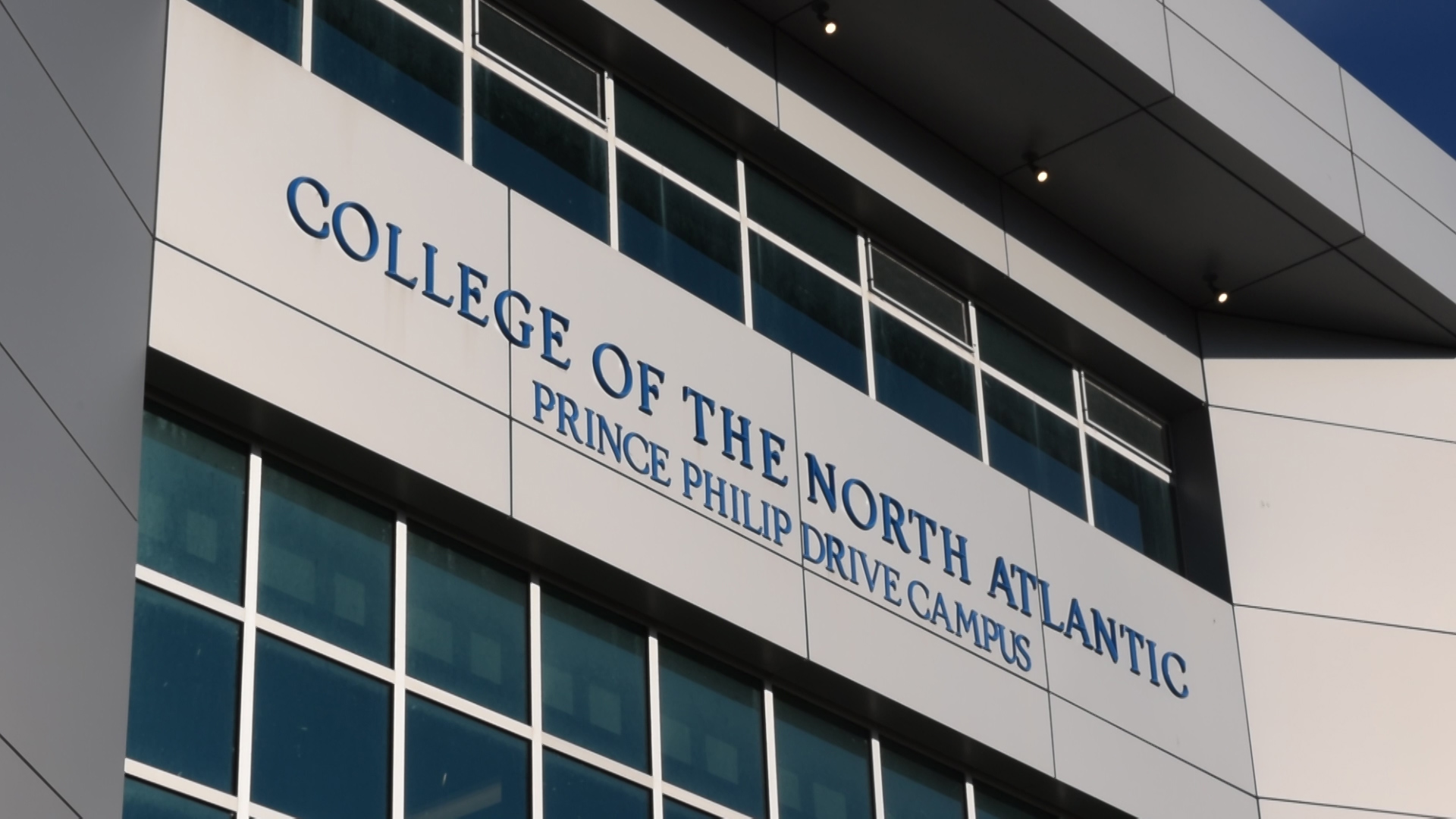 College of the North Atlantic formerly had a compost bin at its Seal Cove campus. But institutions like CNA's Prince Phillip Drive campus say it is difficult to have such programs. Adam Pike/Kicker

College of the North Atlantic currently does not have a composting program.

“It’s something that we’ve done with in the past,” said Chris Patey, dean of industrial change. “At our Seal Cove campus, we had a wooden composter constructed behind the building.”

When the culinary program ended at the Seal Cove campus, so too did the composting. Patey says the large space in Seal Cove allowed for more freedom with on-campus programs. He said establishing such a program in the metro region will have its own challenges, but it’s a task he is willing to face.

“The logistics need to be figured out, but it’s doable,” he said. “It’s certainly something that we should keep on our radar moving forward.”

As dean of industrial trades, Patey says he is always looking to diversify programs to keep up with industry standards. Next year, he says, the college will offer a new culinary program. A course in the new curriculum will educate students on how to plan for food wastage – benefitting both the employer and the environment. 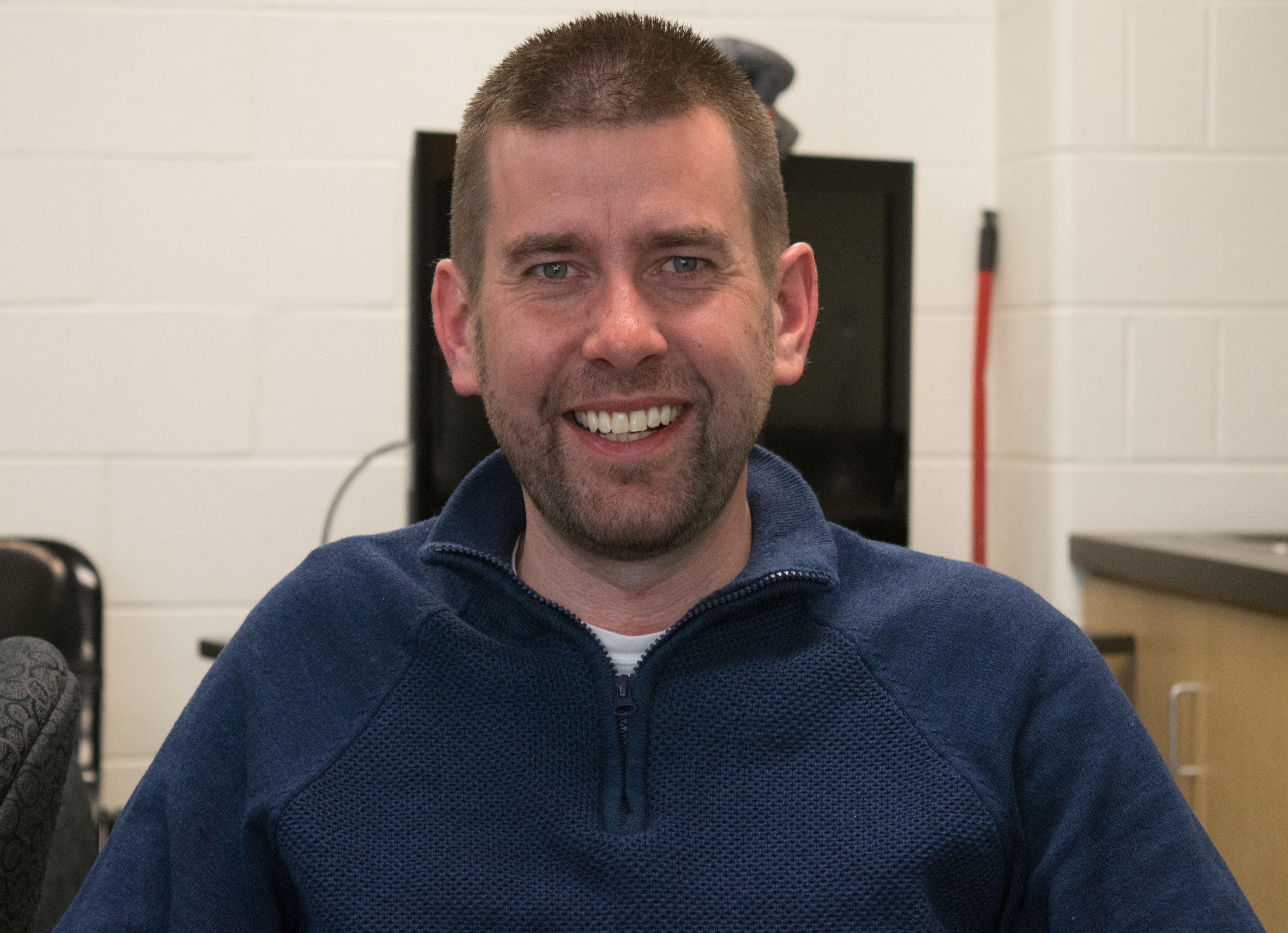 Chris Patey is the dean of industrial trades at College of the North Atlantic. He is tasked with building the curriculum for culinary students. Adam Pike/Kicker

“We’ve developed a cost-control course that will be in the new culinary program,” said Patey. “It’s not necessarily a technical skill, but it’s a skill that will make our graduates have more value in the industry.”

It’s a simple concept but one that Patey believes will leave a lasting impact on those who learn it.

“They will understand that what they’re doing has an impact - not just to what’s on the plate, but the value they’re adding to the restaurant, the community.”

Some patients may not feel well enough to eat their meals, but in other cases their diet may have changed due to medical reasons. Regardless of the reason, food wastage is an unavoidable issue at hospitals and treatment centres.

However, Eastern Health has taken measures to reduce food wastage.

In a written statement, Eastern Health stressed the importance of addressing food wastage at its facilities. To understand the impact on the facility, it conducts food wastage audits each year.

In March 2018, Eastern Health implemented a new food service model dubbed Steamplicity at acute care facilities in the city. Patients receive a menu and have their choice of entrée, appetizer, dessert and beverage for each meal. Each meal tray is assembled based on individual request.

The institution says this program will help reduce food wastage, as patients will order food of their choice. The Steamplicity service model is being closely monitored, with a full wastage audit planned for this summer.

In rural areas, Eastern Health’s food service provider is Aramark. Aramark trains its employees to appropriately identify food wastage and to keep daily records of production. Each day, the food waste is weighed and entered into a computer system, allowing Aramark to reduce its impact on the landfill.

Although food wastage is a major problem in Canada, it’s one that leaders and organizations are aiming to solve. In order to get that 170-kilogram caribou to shed some weight, it’s going to take a lot of teamwork across the country.