While Newfoundland doesn’t have the largest Black population in Canada, one Black woman’s contributions have been changing the lives of the youth for more than 20 years.

Black History Month represents a time to celebrate and recognize Black history and Black people whether past or present.

In St. John’s, Lloydetta Quaicoe is an example of a Black woman who has been recognized and celebrated for her efforts in the community. Quaicoe is the founder of the non-profit organization Sharing Our Cultures.

Quaicoe says she started Sharing Our Cultures to fill a gap. She felt that there wasn’t anything in Newfoundland that gave young people from diverse cultural backgrounds the opportunity to share their cultures and value their cultural identity.

She says Sharing Our Cultures has become very valuable to the community because it gives young people from different cultures a place to belong.

“They have an opportunity to be part of a program where they develop skills – employability skills, social-cultural skills – and they eventually get an opportunity to share their cultures on a public forum,” Quaicoe said. “So the role it plays in the community is that people are educated as to who the people are in our community and who the young people are in our community. It is the potential for newcomer youths to build social networks within the community outside their school setting.”

Belenia Manga, a former participant of Sharing Our Cultures, got the chance to share the culture of her home country, the Democratic Republic of the Congo.

Prior to joining Sharing Our Cultures, Manga says she felt alone in high school because she couldn’t speak English fluently. She’s grateful that Quaicoe was able to give a place for her to be able to not only share her culture but to make friends with people who were able to accept her. 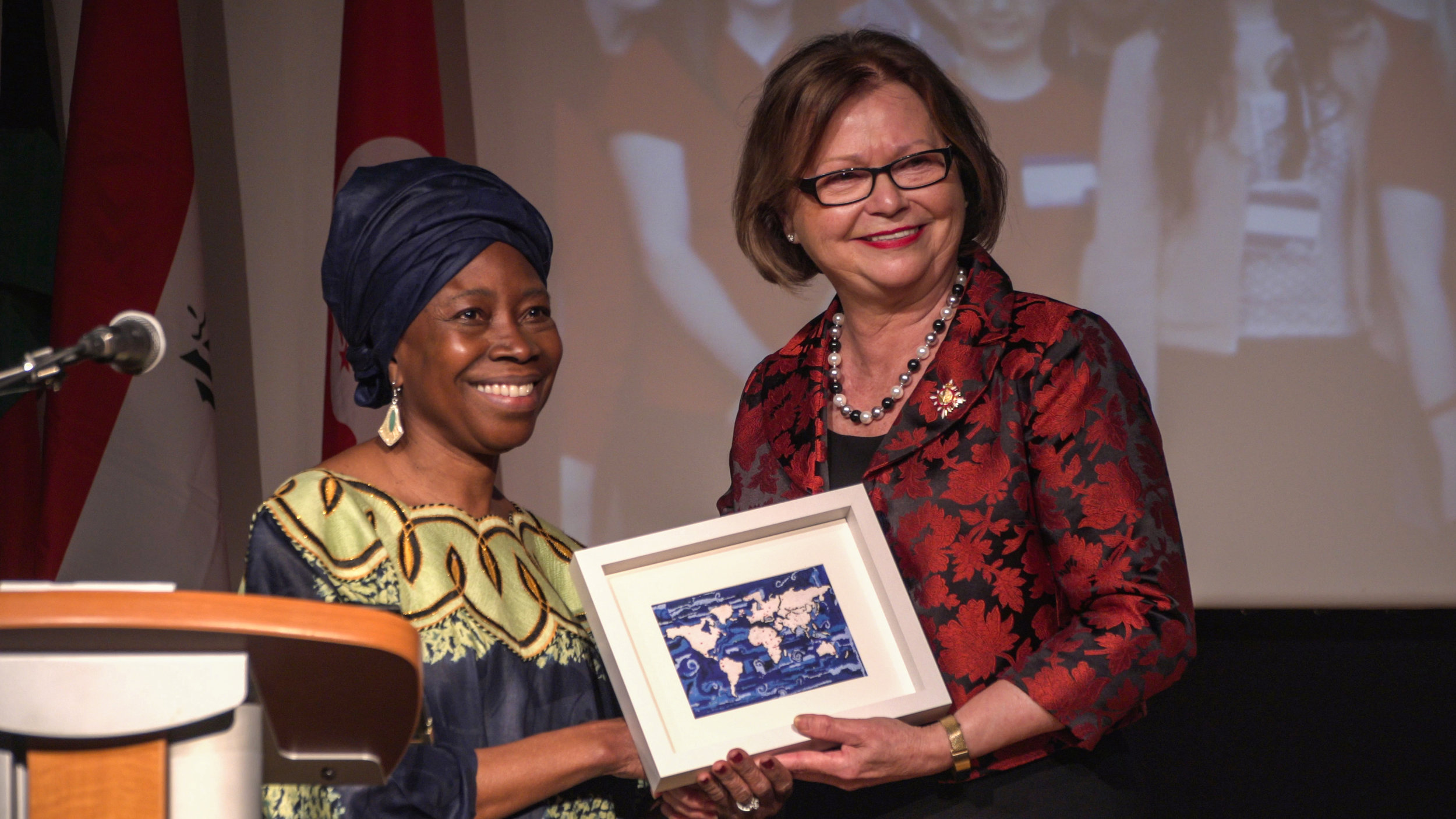 A respected member of the community

Meghan Hollett, a former employee of the Association of New Canadians (ANC), says Sharing Our Cultures is more than just a program.

Hollett was able to witness the hard work that Quaicoe was able to contribute to each Sharing Our Cultures event.

In March, Sharing Our Cultures will celebrate its 21st anniversary. Even after all these years, Quaicoe says she still has the same passion that she had when she first started this organization.

“I think to me, the greatest sense of fulfilment or accomplishment is that young people from diverse cultural backgrounds can actually recognize the values that they themselves have,” Quaicoe said.

Quaicoe hopes to have the Sharing Our Cultures program in all schools across the island.  Currently, it is in 11 schools in the province.

“I think if we can get Sharing Our Cultures in every school, it would raise the profile of diversity, cultural diversity and inclusion because some of the children in some schools are socially isolated because some of the students won’t play with them or won’t connect with them at all,” Quaicoe said. “I think it fits into the policy of the department of education as well as the school district that safe and inclusive schools should open up an opportunity for young people to learn about not only the Western European culture.”

The cheque’s in the mail: how universal basic income could work in Newfoundland

‘My name is Azadeh’

For a young Iranian girl, coming to Canada meant freedom and a new hair colour.

‘I want this space available for parents who need to get out of the house,’ says Jennifer Collins.