For some, it’s an outdoor activity that puts food on the table. For others, the benefits reach further.

This time of the year, when the leaves are turning, there’s one activity rural Newfoundlanders and Labradorians love – hunting.

For many, hunting is an exciting seasonal activity that puts tasty food on the table. Families gear up to go into the woods and search for a bull, cow or calf, hoping to get their feed of moose for the winter.

Many Newfoundlanders and Labradorians enjoy hunting just for the adventure and regardless of the outcome. On the island of Newfoundland, 22,000 moose are harvested each year with more than 28,000 hunting licenses granted.

“That sound of the rifle was gut-wrenching. I can’t even really describe it. You’re looking through a scope, you pull a trigger, and you’re knowing that you’re going to kill something.”

Mack Baldwin, an avid hunter and trapper who grew up on the west coast, says for him it’s about more than killing an animal.

It’s about his mental well-being.

“It’s really [is] just my time to be by myself and reflect on my week,” said Baldwin. “To take some time to really relax. Being out in the woods, it’s really quiet. You don’t even really have to harm anything or actually hunt anything to get the satisfaction of hunting. Just being out in the wilderness and being able to unwind.”

Marsha Langdon, a teacher from Deer Lake, says it’s the same for her family. This year she was able to harvest a cow moose.

“We rely on moose meat for a lot of reasons,” said Langdon.

“We love it, but it also saves a lot of money. During the winter, I’m the only one working, so financially we rely on it.”

Normally, her husband Guy Langdon would shoot their moose, but this year he didn’t get a license. She did.

“It’s always been Guy that’s shot. It’s always been his license,” said Langdon. “So, this time, me and Dad and Guy were there, and I was the only one who was able to shoot. So it was all on me.”

This is the first time she’s ever killed a moose, says Langdon, and she hopes it’s going to be the last.

“That sound of the rifle was gut-wrenching. I can’t even really describe it. You’re looking through a scope, you pull a trigger, and you’re knowing that you’re going to kill something,” she said. “My whole body was shaking [with] the adrenaline. I had an immediate headache.”

Despite the rough experience, Langdon says she still loves the woods and going out hunting. She just won’t be the one taking the shot anymore. 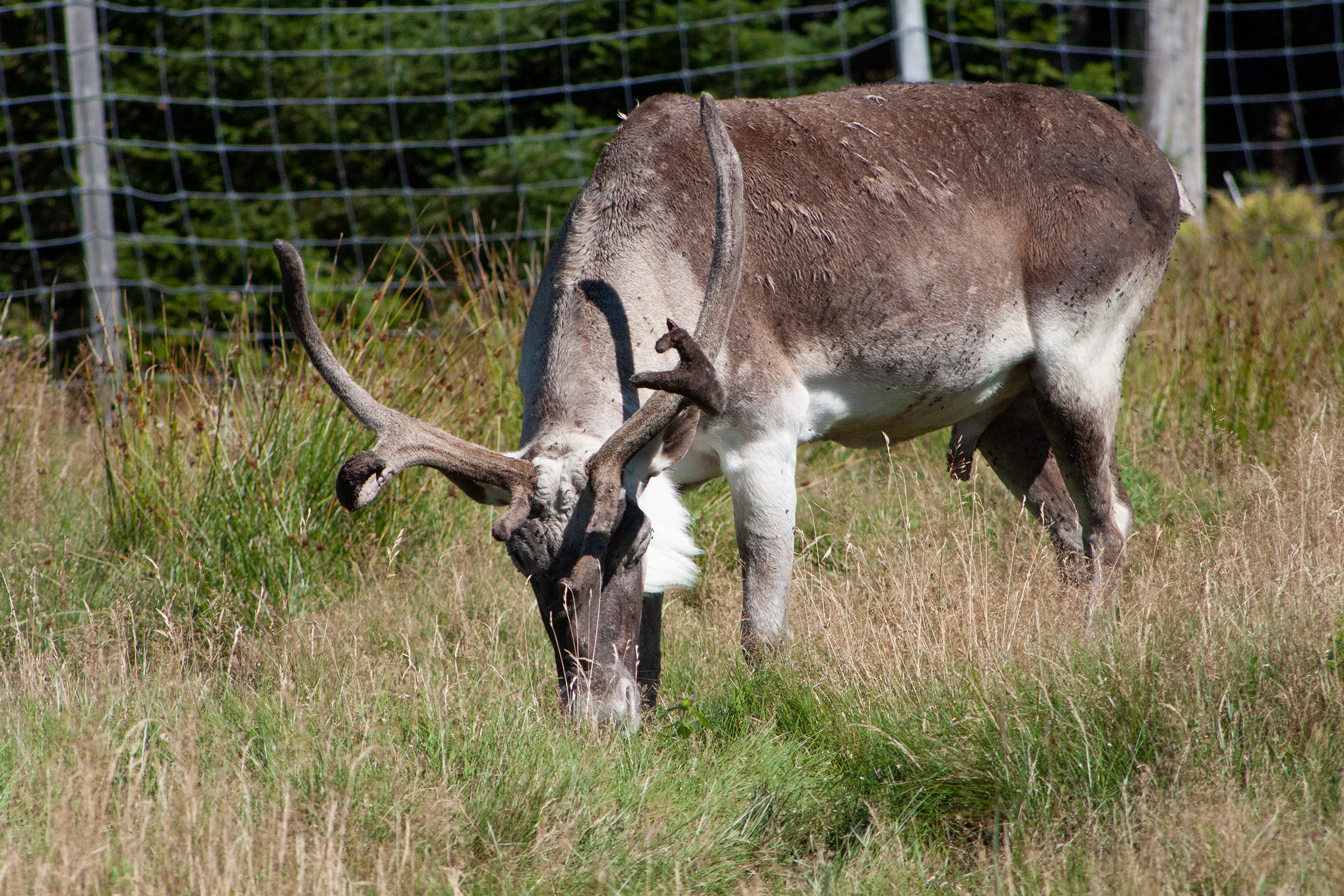 This caribou is safe from the hunter’s gun at the Salmonier Nature Park. With fall here, the woods have become populated with hunters. Griffen Stuckless/Kicker

“He’s taught me so many skills and life lessons out there. More than I can even count.”

“There’s no daily distractions,” said Langdon. “You get a lot of time to reflect. To think about what you’re thankful for and how fortunate you are.”

Her family has always been woodsy people, she said, and that’s never going to change.

“All the beautiful things that are around us, and your family is there – it’s just quality time where you can actually talk,” she said. “There’s no electronic distractions, the busy daily life is gone. You’re there, you’re present, you’re in the moment. It is very relaxing.”

The woods, he says, have always existed as a place for him and his father to spend quality time together.

“Normally when we go hunting, my father and I, we have a little boil up or a lunch,” Baldwin said. “We cook something up or have something premade. It’s a time to sit down, have a chat, look around, [and] see if we can hear anything.”

Baldwin feels the woods have a way of helping people bond, and that he’s learned a lot from hunting with his father.

“He’s taught me so many skills and life lessons out there. More than I can even count,” said Baldwin.

While some people love the thrill of the hunt, for many hunting is about so much more than killing an animal. It’s a way to unwind, relax, learn about nature and spend quality time with family.

“It’s something I’ll always remember,” said Baldwin. “The times out in the woods with my father.”

When the balloon drops, 44 people will be dead

The end of the fall semester can weigh heavy on students, but graphic artist shows we’re all in it together.

The Premier’s Youth Council held their annual meeting at Confederation Building last week. The Premier and other guest speakers spent the day with the 25 member council.