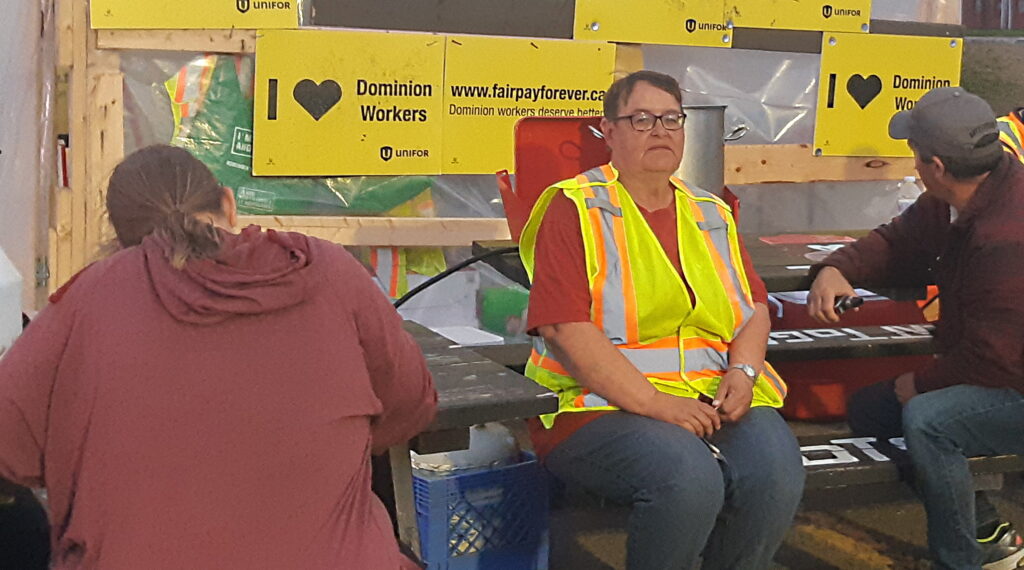 Grocery store employees are some of the essential workers who have continued working during the pandemic. Dominion’s parent company Loblaw and the workers just resolved their prolonged dispute by giving employees a wage increase of $1.35 an hour over four years. Mark Quilty/Kicker

The COVID-19 pandemic has exposed the loopholes in Canada’s social contract. During the height of the lockdown in April, 6.7 million laid-off workers applied for the Canada Emergency Response Benefit.

Some, like Labrador West MHA Jordan Brown, say the real solution is a universal basic income.

“The social assistance system in this province hasn’t done its job in bringing people out of poverty,” said Brown.

Universal basic income, sometimes called guaranteed annual income, is a form of welfare in which everyone is given a set amount of money to cover the cost of living. It’s considered by supporters – Brown included – to be more comprehensive and cost-effective than traditional welfare benefits.

“I’ve been interested in the idea of a basic income for a long time,” said Brown. “It’s a way to overhaul the poverty trap system [we have].

Ontario had been piloting such a program in 2017 before the Progressive Conservative government led by premier Doug Ford killed it.

“The pilot project in Ontario actually found that the majority of people used it either to find better employment or, a lot of people went back to school. If it had continued, we would have seen more evidence of success,” said Brown. “But the program was eliminated for political reasons.”

Mark Nichols, a community organizer for Fight for 15 NL and the Social Justice Co-operative NL, says he’s not surprised it is being proposed here.

“Universal basic income is getting a lot of attention now because we sort of had a nation-wide trial run with CERB,” said Nichols.

In Ontario’s pilot, unemployed participants were paid just under $17,000 a year. Participants who chose to keep their jobs saw their benefit reduced by 50 cents for every dollar they made.

“CERB was $500 a week, about $26,000 a year. That’s annual minimum wage salary,” said Nichols, “The fact a person who continues to work has their benefit reduced by half their salary, that’s a concern. UBI shouldn’t be a subsidy for employers not paying a living wage.”

The pilot project in this province, says Nichols, is something he has reservations about.

“We need to have more protections. If you just put the money in people’s hands, you’re going to have side effects. There’s going to be people, businesses after that money. Property owners could jack up their rent knowing tenants have more money. So we need things like rent control in this province,” said Nichols.

Brown’s motion on the basic income project passed unanimously through the House, an outcome that the young, first-time MHA says he was not expecting.

“Actually I was [surprised],” said Brown. “Typically Progressive Conservatives across the country don’t seem interested in the idea of basic income. So I was surprised we had their support here.”

But Brown says there’s a long road ahead before all Newfoundlanders and Labradorians can expect their cheque in the mail.

But for Nichols, the unanimous support doesn’t bring any comfort.

“As long as you’re talking about something you’re not doing it,” said Nichols. “The devil is in the details. We’re waiting to see what comes out of this committee.”

Brown, though, says he isn’t discouraged.

“The House of Assembly supports exploring a basic income,” said Brown. “I think that’s a reflection of the province … The other parties are open to collaboration. This is a good sign.”

‘The band that everyone has heard of, but never actually heard’

Beauwater hopes to take its music to new levels with recent ECMA nomination.

Portugal Cove Road residents are looking forward to getting things back to normal after months of road work.