“It is high time that we, I mean men, start to pay attention to the messages women have been screaming at us for oh so long.” 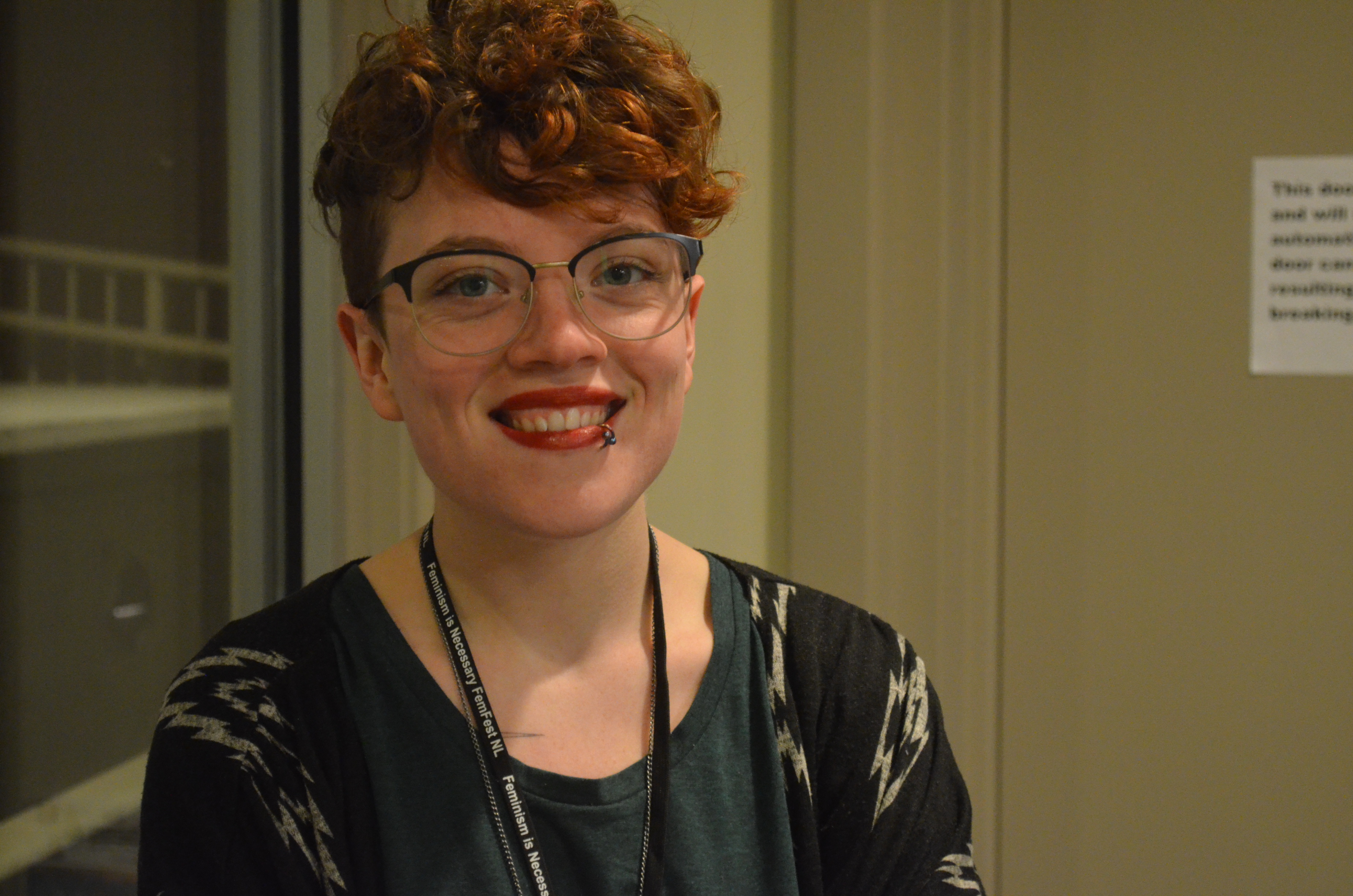 Emily Carrigan, 26, wrote her spoken-word poem ‘House Fire’ about four years ago. However, she reignited interest in the poem through a YouTube video. Victoria Plowman/Kicker

It’s both a statement and a reminder, according to Emily Carrigan. A reminder of the stigma that women face daily when they come forward about sexual assault.

“I saw this quote on Tumblr, I think it was, and it said that if you’re being attacked it’s better to yell fire instead of rape because people will be more likely to come and help you,” Carrigan said.

That quote ignited a flame in her belly and from that flame grew House Fire – a spoken-word poem that Carrigan, 26, wrote back in 2014.

More recently though, her poem has been getting praise on social media after she and a friend created a video of her performing it.

“For me, House Fire is the anger of that quote. I wrote it in kind of a sarcastic way but really I was mostly just mad,” Carrigan told Kicker.

She says that you have to listen to the poem in order to understand where her anger comes from.

Carrigan is not alone with her rage. The #MeToo movement has been a growing trend on social media over recent months encouraging victims of sexual assault to come forward. It is shedding light on the extensiveness of the problem and working to put an end to the stigma.

“House Fire really came from anger but also sort of this helpless, ‘I’m sad that this is even a thing’ kind of place,” Carrigan said.

For Carrigan, writing poetry is something she’s always loved to do. When Spoken Word St. John’s was created about four years ago, she jumped at the opportunity to start performing and lending a hand wherever possible.

“I had always wanted to get involved with the organizing and such, I just never actually did it,” Carrigan said. “Then I found that because they [the organizers] were so busy, they’d only get the event up like, the week of, so I was just kind of like ‘hey guys, I have all the time in the world. Please let me do this’, and I just kind of took over the organizing.”

Carrigan has performed House Fire and several other of her pieces at different events and movements in St. John’s over the years including FemFest and the Vagina Monologues.

Last summer, she was approached by one of the organizers of the Slut Walk in St. John’s to read one of her poems during the event. She chose to read House Fire.

“I guess I wanted to reach, you know, people who have been through these kinds of situations and people who want to understand better,” Carrigan said. “Reading it at the Slut Walk was like a new experience for me. Like I said before, I perform at open mics all the time and that’s like my own little community of poetry-nerds. So it was a whole new audience for me, but I was so humbled and so glad that I did it.”

Garron Norman, a close friend of Carrigan’s, said he had the pleasure of seeing her recite House Fire at the Slut Walk in 2017.

“Seeing Emily perform that day is an experience I won’t soon forget,” Norman said. “I had no idea what to expect and I was amazed at both the power of her words and the honesty of her delivery.”

“The poem speaks out about a topic that not only needs to be spoken about but needs to be pushed out farther into the masses.”

With straightforward words, said Norman, the poem is “one we all need to hear, especially us men.

“It is high time that we, I mean men, start to pay attention to the messages women have been screaming at us for oh so long. I believe that Emily’s work and vigour provide a much-needed voice in today’s world,” said Norman.

Carrigan entered a collection of her works into the Button Poetry 2017 Chapbook contest – one of those works being House Fire. The winners have yet to be announced, but Carrigan is hopeful.

“People can connect with it and that’s what means the most to me,” she said. “I mean, what woman hasn’t gone through something like this? It’s unfair. We’re allowed to be angry, and we are allowed to fight back against this.”

“We all need warmth when it gets cold”

Apricity Clothing chooses the Gathering Place as a gateway in helping people struggling with homelessness and mental health issues.

With the state of emergency lifted, blood supply needs replenishing

Other provinces stepped in when Newfoundland needed it, but local donations are required.