National Fire Prevention week has had many different themes, including Don’t wait, check the date and Smoke alarms: a sound you can live with.

This year, the theme is about making a plan to have two separate routes to escape from your home during a fire.

Grand Falls-Windsor fire chief Vince Mackenzie says the theme drives home the importance of planning two ways out of your home in the event of a fire. He explains that primary exits can get blocked either by smoke or fire.

“So that’s very important that families  – especially those with young children – make a home escape plan where they sit down and draw out a plan,” said Mackenzie.

The most important thing about making a plan is to practise carrying it out. During emergencies when people become startled or frightened, they may end up doing things that they normally wouldn’t rationally do. So, it’s important to practise before an emergency actually happens so that family members can be better prepared mentally.

Mackenzie says this is especially important when it comes to young kids because when they get scared they hide. It’s very common for firefighters to find them under beds and in closets.

“The way to combat these situations is to practise a home escape plan because we will only remember what we’ve done in an emergency, so by practising it creates a muscle memory for the individual.” said Mackenzie. “The best example of this are the fire drills that are practised in schools, and you rarely hear about someone dying in a school fire. But you will hear all the time about people dying in their own home in the safest place they should be in the world.”

When asked about what the most common cause of fires in the central area, Mackenzie said that there were two main causes. 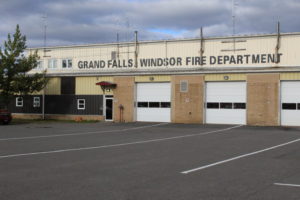 “Around here the leading cause of fires are mainly careless cooking ,which is one of the biggest things, and next to that would be the improper use of heating equipment whether that be oil furnaces or wood burning appliances. The most recent call we received was from someone using a flammable liquid to light a wood stove and there’s usually always tragic consequences when that happens.”

People tend to think that they have more time and just brush off the idea of having a plan. The over-confidence is the reason  many people leave their homes in body bags. Mackenzie is very passionate about the importance of having a plan.

“I can’t stress it enough that as I’ve told many people that they need to set up a plan and physically practise it because I can guarantee that if a fire emergency happens and your child becomes afraid, they’re going to hide because that’s just in their nature.

“The most important thing about a home escape plan is to practise because even when adults are faced with an emergency they get flustered. We’ve all been in those situations where we’re so flustered that the mind gets distracted and we don’t know what to do, but if you practice it the muscle memory will kick in and you’ll know exactly what to do.”

For more information about Fire Prevention Week and this year’s campaign, “Every Second Counts: Plan Two Ways Out,” visit www.nfpa.org/fpw

A heavy weight to carry from afar

Funding the Future of Tech in Newfoundland

Politics are often called a game, but can younger people play?

It’s not easy, but it can be done.