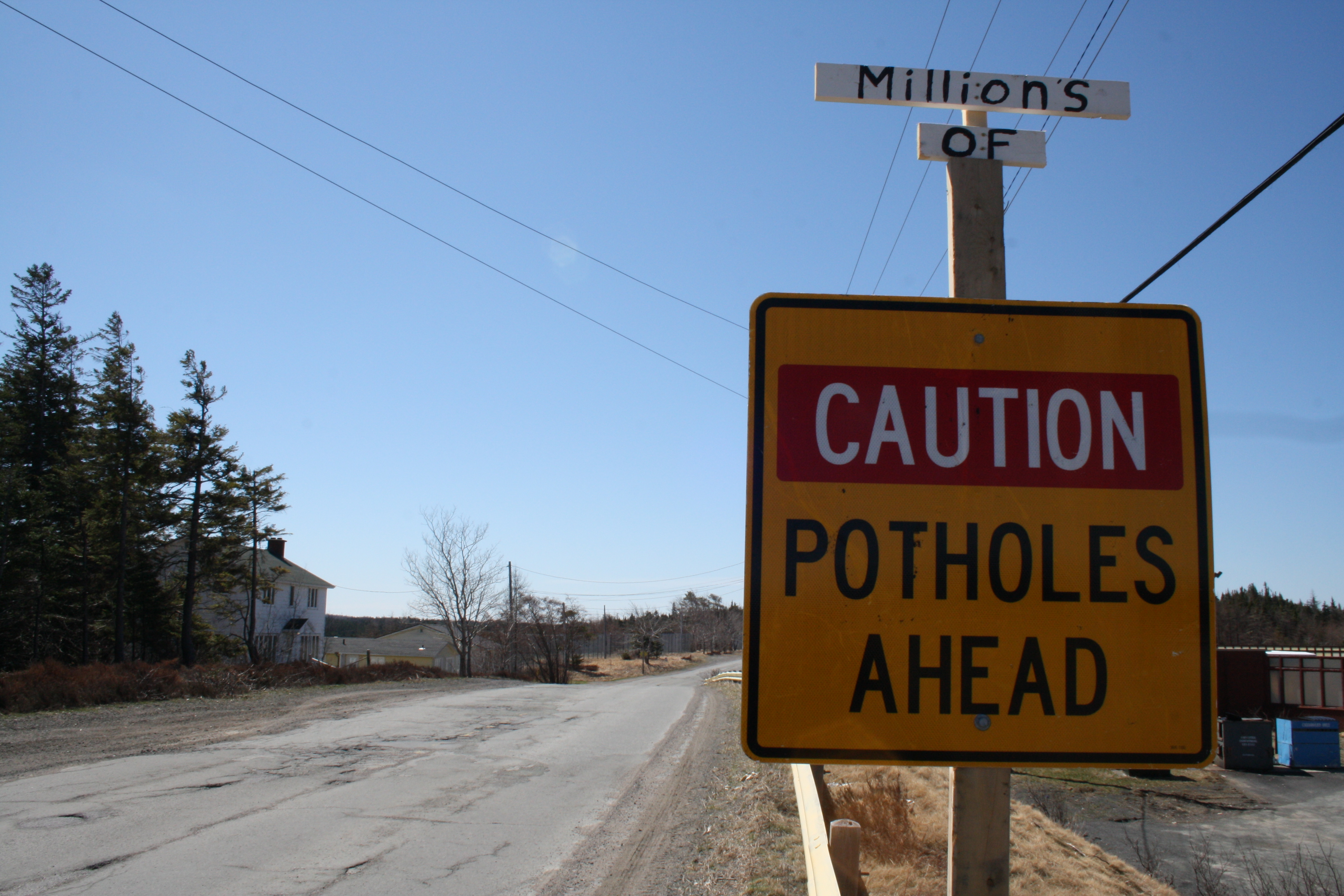 Markland began fighting for paved roads more than 30 years ago and won the battle, but the war continues.

In 1987, residents of Markland successfully lobbied the government of Newfoundland and Labrador to pave their roads.

Now, 30 years later, they find themselves protesting to get those same roads fixed.

Protesters gathered near the town’s “Welcome” sign Tuesday to voice their concerns over deteriorating road conditions in the community. They say potholes have damaged cars, slowed ambulance response times and caused pain to those driving through the small town located about 90km west of St. John’s.

Former Markland resident and current high school student Kaitlyn Somerton described bumpy bus rides to and from school that would often result in back problems for the educator.

“The back of the bus is terrible for bus rides,” Somerton said. “If you hit a bump, doesn’t matter what size it is really, it sends you right up in the air.”

According to bus driver Andy Noseworthy, the ride up front isn’t much better. Noseworthy said the drive into Markland since he “bobbles around as much as the kids do.”

The roads have also affected the ability for first responders to do their job. Wade Smith, who owns Smith’s Ambulance Service in Markland, says the unsafe conditions slow ambulance response time in emergency situations.

“Time is really a factor, we need to get there pretty quick in a safe manner,” said Smith during Tuesday’s protest. ” There’s no safe manner when it comes to roads like this.”

Protest organizer and the chair of Markland, Tonya Somerton, says the community has been, “on the war path,” about their road for some three years, sending letters and signing petitions.

Somerton says the last petition she sent to the government had over 300 signatures and comments from people in and around the community. She says she has not received any response from the government to indicate they’ve received the petition or are looking into the problem.

“I’ve come to find (that a) big part of that decision making is around the feedback of the community,” Somerton said.

She and the protesters had planned to draw further attention to the problem by circling each pothole with paint. However, workers arrived to repair them on Monday, the day before the demonstration. Although the timing might seem odd to some, Somerton says she thinks it’s just a, “big coincidence.”

She also believes the patchwork repairs actually help to shine a light on the problem.

“Our intentions were to circle every single hole to bring attention to it,” she said. “But, they did us a favour and brought attention to it themselves with the black. You can drive right through and see all those black patches.”

The provincial Department of Transportation could not be reached for comment.

Breaking down barriers in the job market

Economic Immigration Ideas Lab hopes to find new approaches to include immigrants in the workforce.